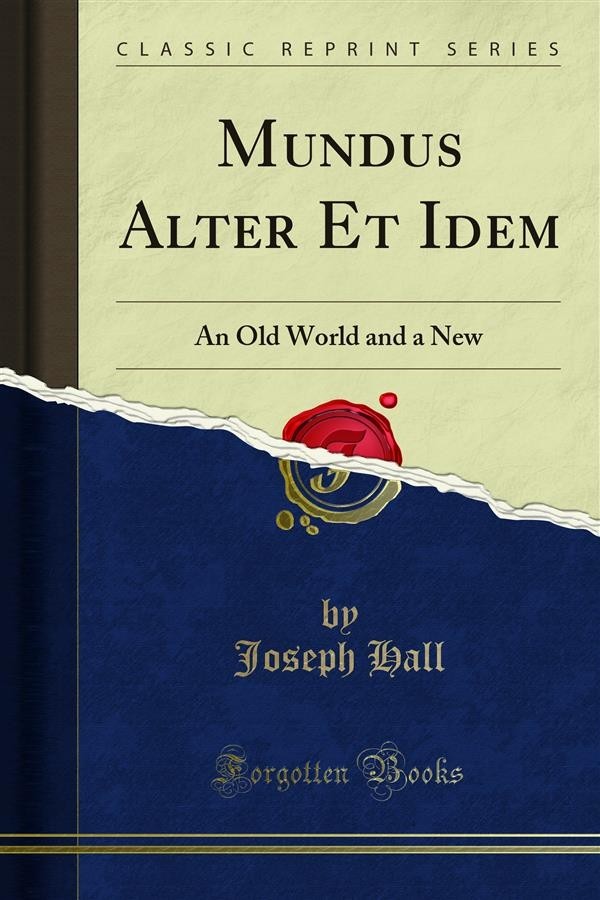 But we can rely upon his sense of humour; and Hall's satire is brimful of wit and humour; even if it were read slowly, interest would be maintained from first page to last. It fully deserves the high opinion of critics who would place it beside, if not above, those other classics Of the English Renaissance, More's Utopia and Bacon's Nova Atlantis. If it is less known, the reason is that it was never adequately translated into English by its author or any one else. The Latin, too, is excellent, much nearer to that of the best classical period than F lows and other writers of the Roman decadence Whom we see pressed into the service. Not that this is a matter of supreme importance. Latin scholarship is like to be altogether emancipated soon from the long-continued tyranny of the purist. It is taking its true place as the handmaiden of History in the deepest and most liberal sense. In the servile imitation of a few authors men have forgotten that there is a great Latin literature, extending for sixteen hundred years after Cicero's time.