The Theory of Equations 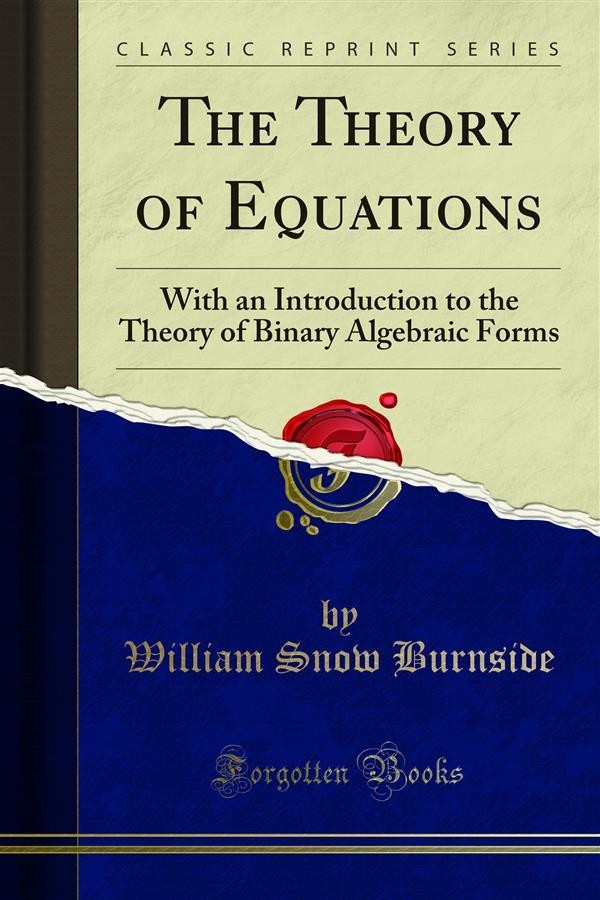 The Theory of Equations

An equation is said to be complete when it contains terms involving a in all its powers from n to 0, and incomplete when some of the terms are absent; or, in other words, when some of the coefficients &c., are equal to zero. The term which does not contain at, is called the absolute term. An equa tion is numerical, or algebraical, according as its coefficients are numbers, or algebraical symbols.