The Divine Key of the Revelation of Jesus Christ as Given to John, the Seer of Patmos 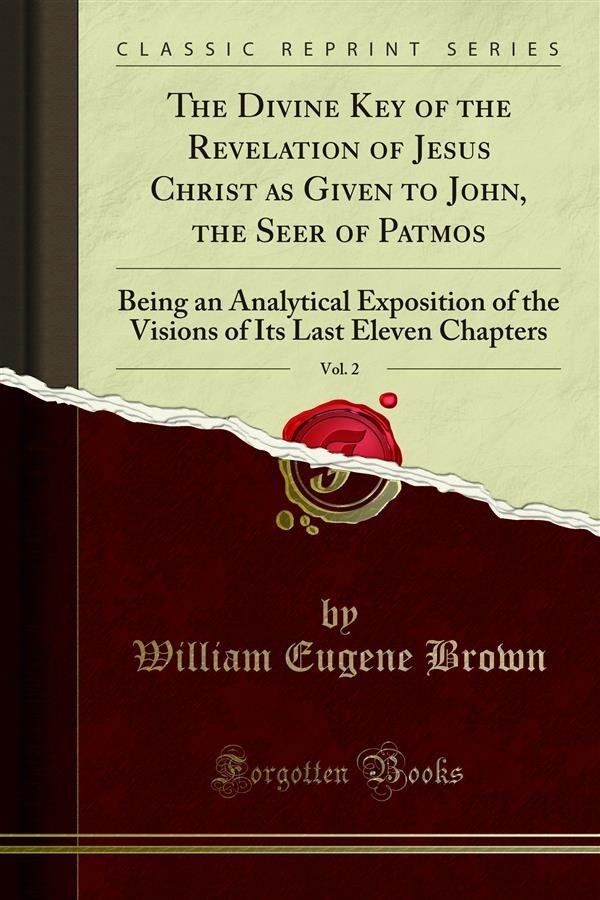 The Divine Key of the Revelation of Jesus Christ as Given to John, the Seer of Patmos

III. The Revelation followed the same general lines, added new detail, repeated the periods and gave further data, perfecting and making more legible the tables, so that in our day they are very plain to every interested, patient reader. Thus the history of the Messiah — so far as it is mea sured by the cycles of time, — and of the Antichrist, that for more than twelve and a half centuries opposed His work, and scattered and desolated both the Church and the nations, have been hung up in public by the Prophets, and in the temple by the Church, for the inspection of every passer by. The last century, Specially, has added the spectacle of many running with the glorious messages of the work and new victories of Christ, and the increasing desolation and hastening destruction of the Antichrist, and all that those things mean to the Church and to the world.