A Genealogy of the Nye Family 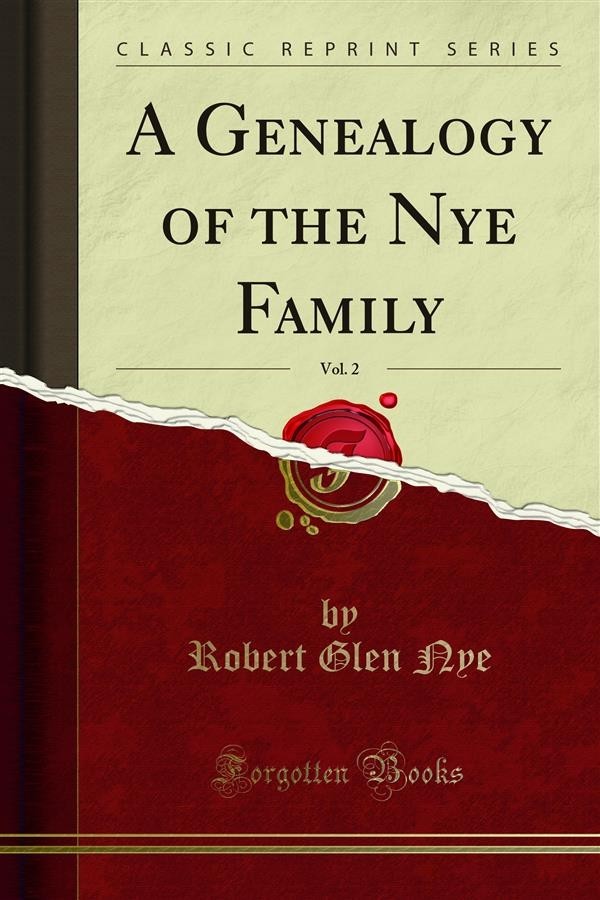 A Genealogy of the Nye Family

This book is a sequel to the original book, A Genealogy of the Nye Family, compiled by George Hyatt Nye and Frank E. Best, published under the auspices of the Nye Family of America Association in 1907. This book is not complete without reference to a copy of the original book, referred to later as Volume I. However, many Nyes who are listed in Volume I are also described here, either where they were not first listed in Volume I as heads of families, or simply because new infor mation was available Which was not known to the compilers of the earlier book. In all except a very small number of unavoidable cases the original numbers are unchanged. The 1907 publication has stood the test of time very well. Some few errors have been noted and some corrected herein. Because of the con fusion in many family records, painfully well known to the compilers of this volume, the remarkable accuracy of Volume I remains a tribute to the thoroughness of its compilers.