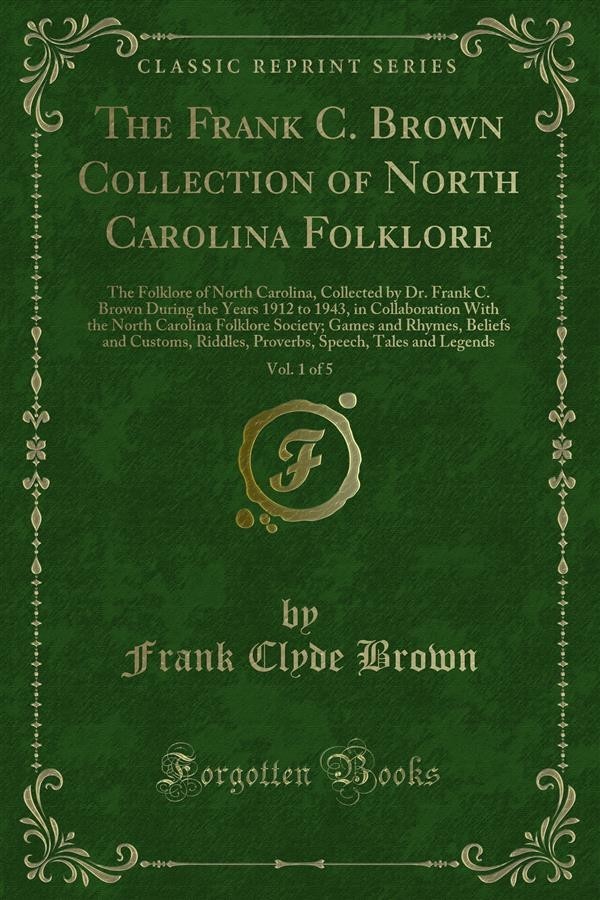 One of my earliest memories of North Carolina is that of a chilly ride to Raleigh, in February 1923, in an open Ford, to attend a meeting of the North Carolina Folklore Society. This was my first acquaintance with the Collection which is now at long last being published. Since then I have had occasional and casual glimpses Of its progress, but until the present no actual connection with it. In April 1949, however, I was asked by a committee reporting to President Edens and vice-president Gross to take over the task, left unfinished at Dr. White's sudden death, Of seeing the Brown Folklore Collection through the press. Much had been done; much remained to be done. The manuscript of the present volume and that Of the Ballads and Songs (nearly two thousand pages) were ready and wait ing for the final editing. The problems Of handling the music were far from clear or settled. Later I learned Of more mate rial, some of it not even yet in writing, for which apparently no provision had been made in the plans for publication. What had at first seemed plain sailing presently ran into heavy going; but now the haven is in sight and I can honestly express my gratitude to the Associate Editors for their long patience and firm forebearing.