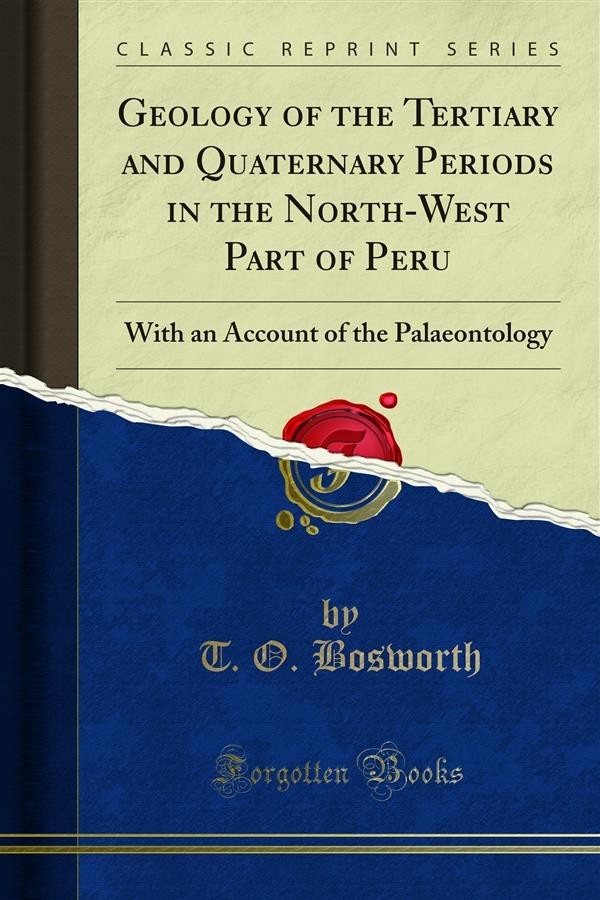 This volume is composed of five parts, dealing with the Geology, the Palaeontology, and the Oil Industry in the Petroliferous' region of north-western Peru. The first four parts, or papers, contain conclusions resulting from the geological surveys in Peru which have been conducted by the author during the past decade, together with a study of the Tertiary Palm ontology by the other writers. As the investigation of this region was pioneer work in an unsurveyed territory, the contents of the four geological papers are wholly new. They were not originally intended for publication in book form, but were written as separate papers for the Geological Society, before which Society they were read on December 23, 1920, and were in due course accepted by the Council for publication in the Quarterly Journal. But, owing to the large size of the work and to the quantity of illustrations, no one scientific society in the country would undertake to print the whole of it Within the confines of one volume.