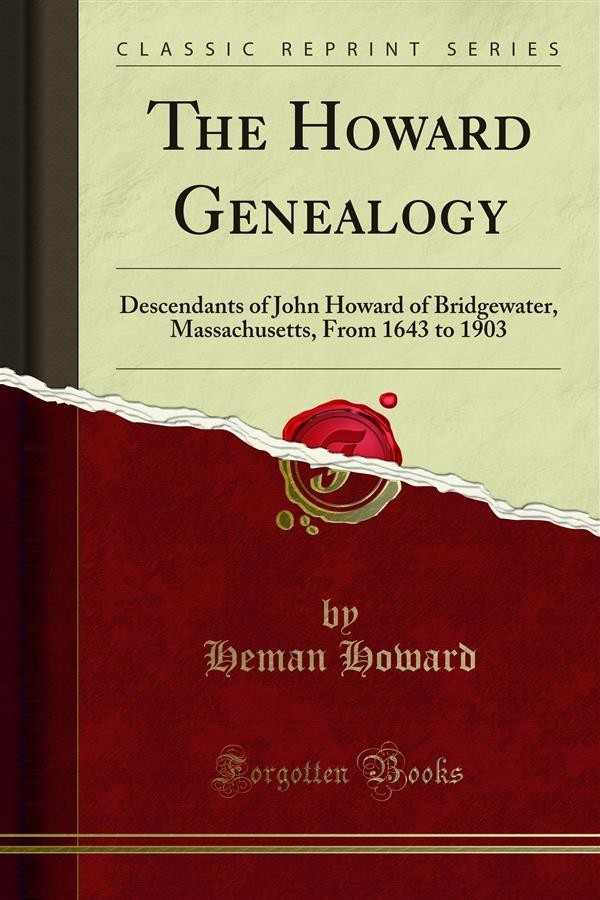 The following pages, which are now given to the public, are the result of an attempt of the author, more than ten years ago, to gather some information about his own family connections, and to trace his ancestry. Then, and for some years later, the work was only a private matter, with no thought that it would ever be given to the public and to future generations. He would not then have ventured upon the task of tracing all of the descendants of such a prolific family as was John Howard's.