The Inner Life of Syria, Palestine, and the Holy Land 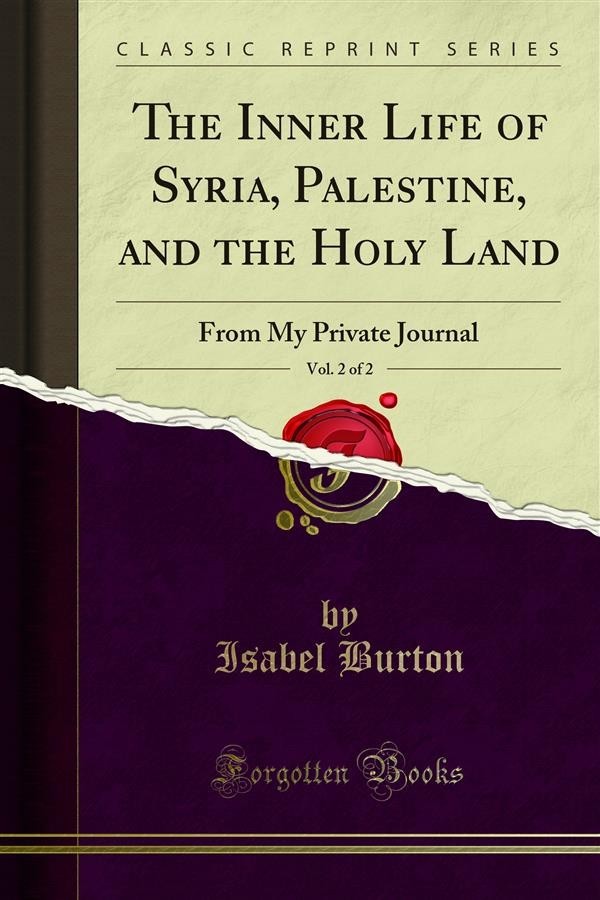 The Inner Life of Syria, Palestine, and the Holy Land

We knelt at the foot of where the staircase used to be. We then went westwards for about three hundred yards, and ascended the Via Dolorosa back to the street which comes from the Damascus gate. On the left is a broken column lying against the wall. There it is that our Saviour fell for the first time. The Via Dolorosa then strikes south, and about forty yards Off is an alley running eastward. Opposite this our Lord met His beloved mother — the most heart-rending event of that sorrowful walk. About thirty yards farther is a street trending to the west, at the entrance of which they met Simon, the Cyrenian; and because Jesus was showing failing strength, and they did not wish to kill Him until they had crucified Him, they obliged Simon to walk with them, to carry the Cross if needful. This was at the corner of the street leading to the present French Con sulate; the site is marked by a hole in one of the stones of the wall on the first house to the left. At about a hundred yards from this spot, and seven yards to the west of an arch across the street, is a bit of column let into 'the pavement to the left. The house against which it stands is that of St. Veronica,e one of the holy women who followed Jesus to comfort Him in His passion. He was fatigued, out of breath, covered with blood, wounds, and perspiration. She saw Him staggering beneath His load. She ran down and offered Him her veil to wipe His face. He rewarded this womanly act of tenderness by leaving the impress of His face upon it. It is now in Rome.