Biographical and Historical Memoirs of the Early Pioneer Settlers of Ohio 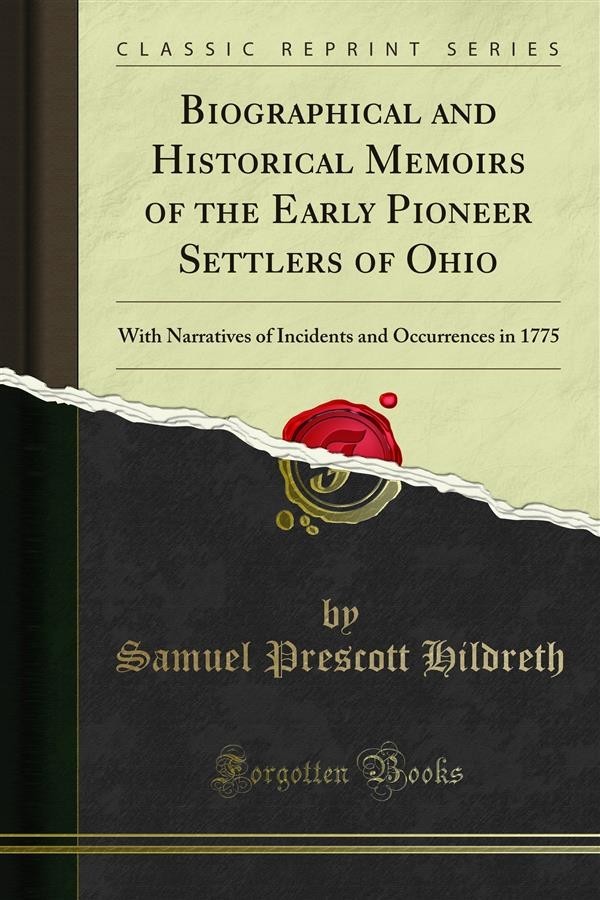 Biographical and Historical Memoirs of the Early Pioneer Settlers of Ohio

This is the second volume of the Early History of Ohio, prepared by Dr. Hildreth of Marietta, and published under the auspices of the Ohio Historical Society. It is composed of a series of Biographical Notices of the early settlers of Washington County, who were also the early settlers of Ohio. Among them are some names celebrated in American history whose active life commenced amid the most stirring events of the Revolu tion, and whose evening days were finished amid the fresh and forest scenes of a new and rising State. So various and eventful lives as theirs have scarcely ever fallen to the lot of man. They were born under a monarchy, — fought the battle of Independence, — assisted in the baptism of a great republic, — then moved into a wilderness, — and laid the founda tions of a State, — itself almost equaling an empire. These men not only lived in remarkable times, but were themselves remarkable men. Ener getic, industrious, persevering, honest, bold, and free they were limited in their achievements only by the limits of possibility. Successful alike in field and forest, — they have, at length, gone to their rest, — leaving.