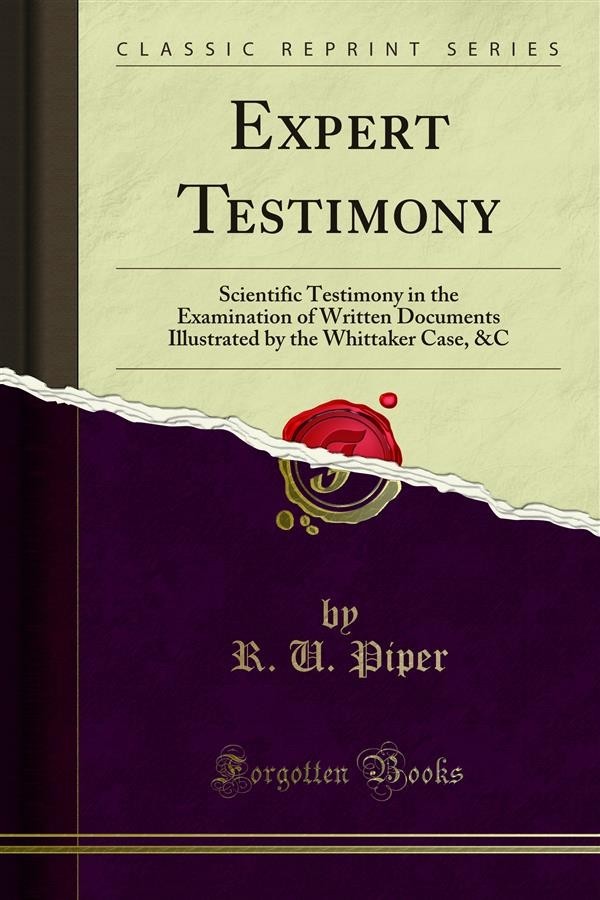 Effort is made by a nerve motion to vary the direction from an accustomed routine line of motion to a different one, and one to which the reﬂex capacities of the muscles guiding the pencil have not been habituated. The capital 's' in Sunday shows the wan dering pencil lines of disguising effort, as do the capital letter 'a' Ste. Page 159, at the top of the '0' in the word 'cadet' an unusual loop is formed by steady and arbitrary conditions of habit, &ci. It would not seem difficult to estimate the value of the testimony of a witness who could make such a statement as this. What then is nerve motion? Are not all the voluntary motions of the body produced by the action of the muscles through the inﬂuence of the nerves under the order of the nerve centres? And what are reﬂex capacities of muscles? Do the muscles ever acquire capacities of their own by which they act independ ently of the nerve centres? There may be some excuse perhaps for unscientific persons coming to a conclusion that they do so in St. Vitus's dance, or epilepsy, but these would hardly be con ditions in which any particular kind of writing could be produced. But even here such testimony would be of no value whatever, as it is founded upon false premises. Both diseased and normal muscular action depends for its direction upon the nerve centres. And thus all this material allowed to be used as testimony, on which the reputation, and life even, of an innocent person may depend, is shown to be as baseless as the stuff of which dreams are made. Certainly then its admission in the courts becomes matter of grave question.