A Record of the Line of Descent From Robert Quinby of Amesbury, Mass 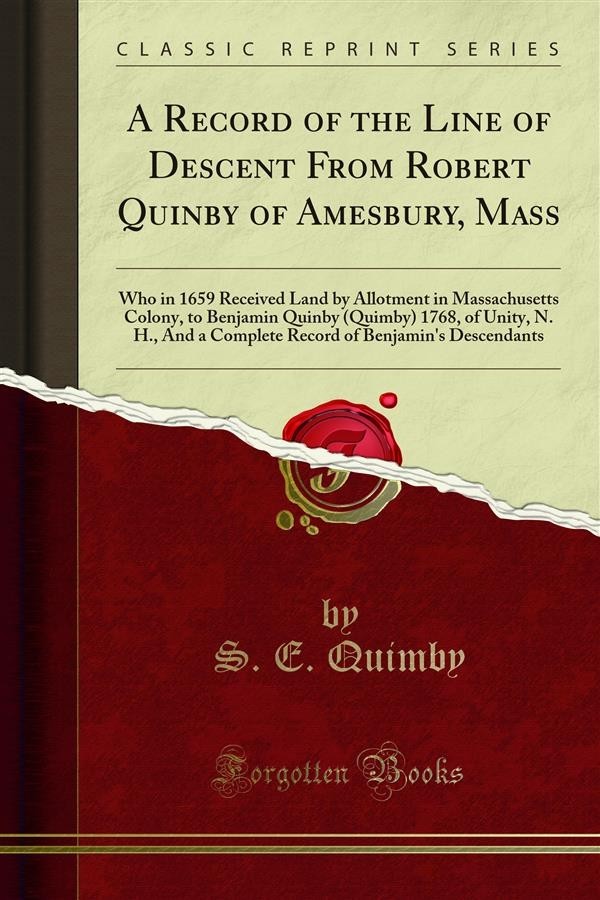 A Record of the Line of Descent From Robert Quinby of Amesbury, Mass

On the 19th of March, 1654 — 5, eighteen residents of Salisbury united to form' the town of New Salisbury. Robert was not one of the original eighteen. He is first mentioned in the county records when he and his father-in law bought a house and ten acres of land of Rodger East man, Feb. 28, 1658. This was for a home for Robert. At a town meeting held Dec. 10, 1660, William Osgood, Robert Quinby and several others were by vote received as townsmen, with the rights of the commoners.