Our Church and Country 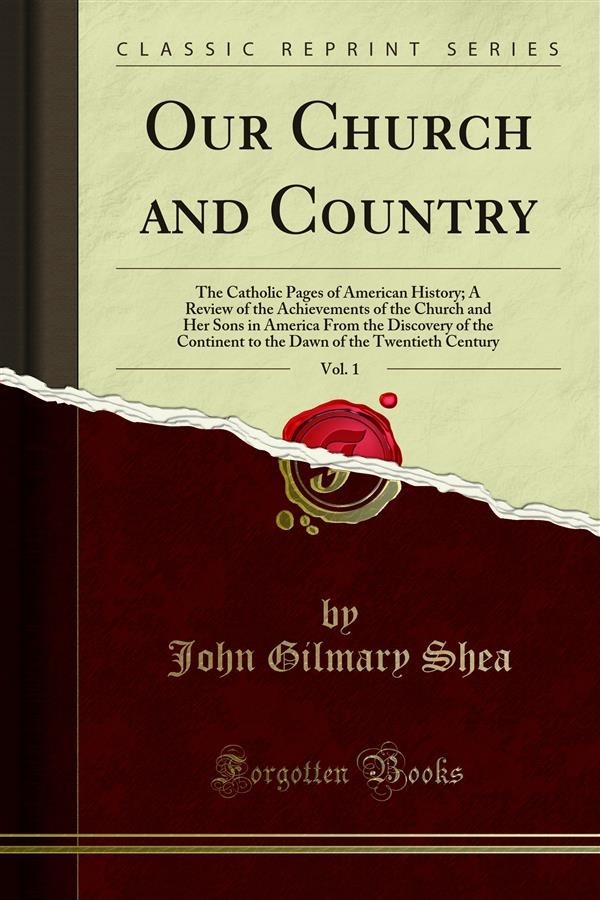 Our Church and Country

Its pages present anew from master minds, in a style adapted to the mental attitude of the Twentieth Century, the true Catholic solution Of many great questions which at present mightily affect both Church and State, questions fundamental to the very existence of Christianity and Civilization, and which must be settled aright if our modern society is to build on endur ing foundations. In the work will be found chapters, from the pens of some Of the most distinguished men of our day, presenting a lucid and high exposition of the present varying phases of current thought in relation to the Church and its influence on the moulding of the intellectual, moral and religious forces of the century. The introductory chapter is by His Eminence James Cardinal Gibbons, who has done so much to dissipate misinformation in regard to the history and Faith of the Catholic Church. The most interesting and important questions that can engage attention are herein described, by the most authoritative pens, — such as the Church in the Philippines; Religious education in the Archipelago, the achievements of the Religious Orders for four-hundred years in the civilization of the natives; the Church in the Hawaiian Islands, the Foundation of the Sisters of Charity; the Bureau of Catholic Missions for the Preservation of Faith among our Indians; the Progress of Catholic Education in the United States. This work also embraces a series of comprehensiveinstructions on all the truths Of the Catholic Church, adapted to every mind.