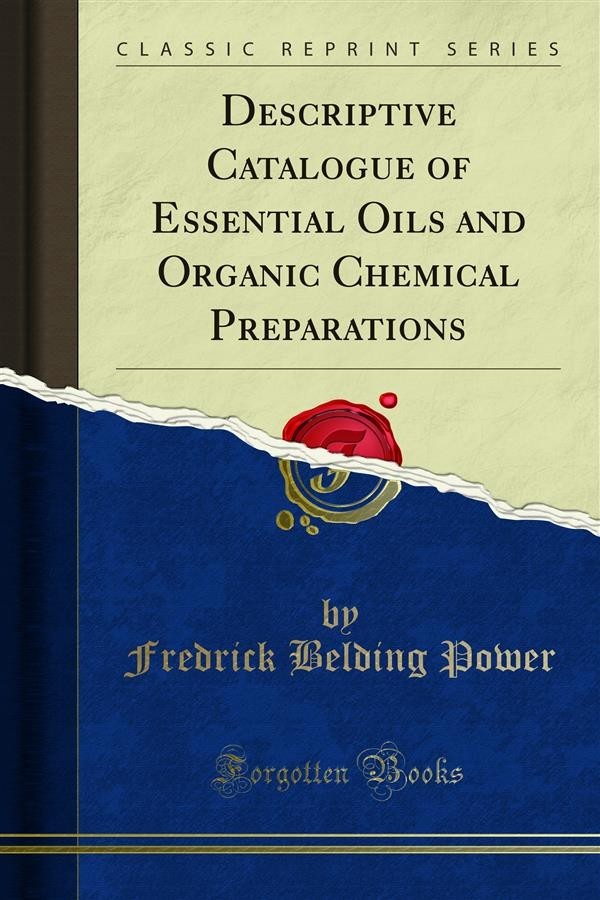 Although a few of the oils here enumerated are not regularly manufactured by us, they represent in such cases either those which have been distilled for purely scientific or experimental purposes, and often for the first time, or those which, for commercial purposes, are produced almost exclusively in their native countries, such as the oils of the Citrus fruits, Cassia Oil, the Indian Grass Oils, and similar important articles, but which have been prepared in the laboratories of our Leipsic house on a smaller scale for the purpose of establish ing the chemical and physical characters of perfectly pure products. Through the controlling inﬂuence of such investigations many foreign oils which were heretofore largely adulterated, even at the place of production, have been greatly improved in quality, and greater uni formity attained.