History of the Great Island and William Dunn, Its Owner, and Founder of Dunnstown 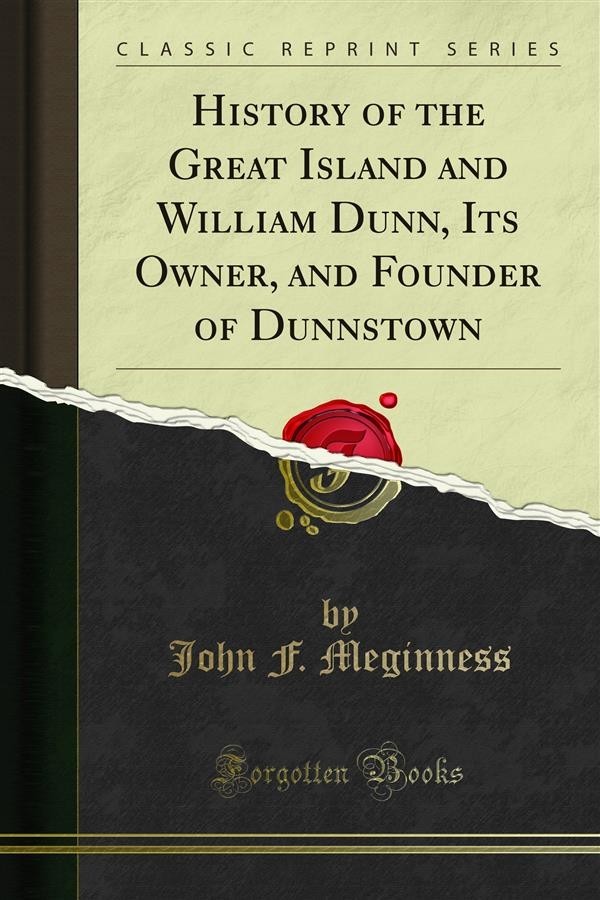 History of the Great Island and William Dunn, Its Owner, and Founder of Dunnstown

Many councils for peace and war were held on the Island; there the Indians met and enjoyed their sports and amuse ments; there they were free and unrestrained in their wor ship of the Great Spirit. Nestling under the shadow of the surrounding mountains, clothed in their garments of peren nial green, one familiar with the location can easily picture the primitive beauty of the Island and its surroundings when the aborigines were its owners and occupants. The river, issuing through its gateway in the mountains a short distance above, laved its sides with a current as pure as crystal, whilst Bald Eagle Creek, almost as large, poured its waters into the river on the south side. Fishes abounded in these streams, and the purling mountain rivulets were filled with trout. Game was plenty in the mountains and valley. What more could be desired by the natives for their sustenance, pleasure and happiness? This region was to them an elysian home — a paradise with wilderness sur roundings. Several great Indian paths converged at the Island, mak ing it a tarrying point for parties traveling up and down the river. One of these paths led over the mountains to the Allegheny River, another ascended the Bald Eagle and bore south to the Juniata, whilst another led down the valley and intercepted other paths at Lycoming Creek. These were the great Indian thoroughfares of early times, and at many places in the mountains their beaten track can still be pointed out.