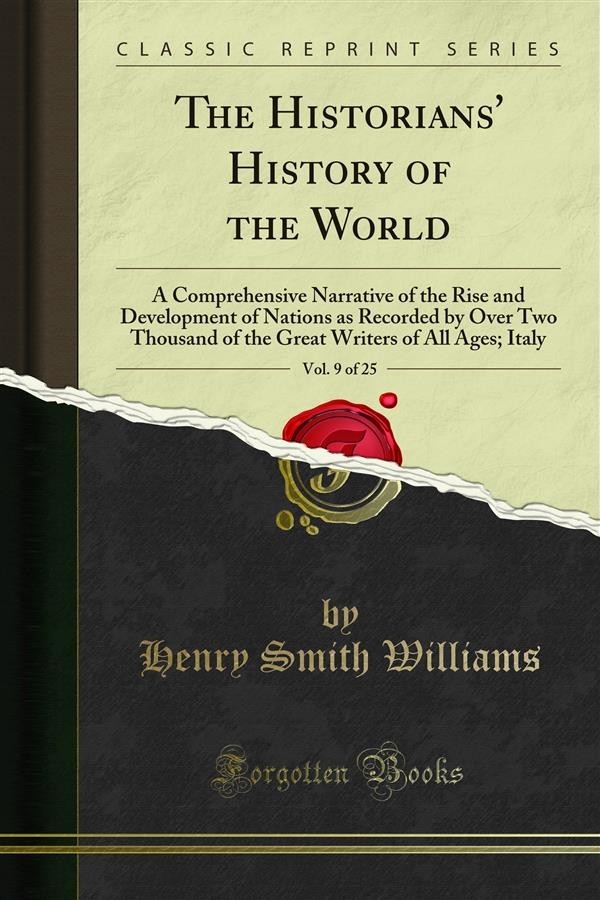 In 781 Charlemagne crowned his son Pepin king of Italy, and in the memorable year 800 Charlemagne was himself crowned emperor of the West, reviving the title and a semblance of the glory of the old Imperium. Charle magne's successors retained nominal control over the empire, and disputed with the popes the real control of Italy. This warfare between the papal monarch and the emperors was a salient feature of the later centuries of the epoch. The power of the church had increased Slowly and insidiously until in the ninth and tenth centuries the bishop of Rome aspired to real kingship over Italy, even over the entire empire. The five hundred years of Italian history outlined in this period contrast strangely (as has been said) in their world historical meaning with the half millennium of empire that preceded it, or with the other half millennium within which were comprised the events of the Roman commonwealth. Those earlier periods, as we glance back over them in perspective, bristle with great events whereas this later epoch Shows a bare plane of mediocrity, if not of decline. Yet we must not think of these later centuries as representing a time of relapse into actual barbarism. It was rather an epoch when the decadent civilisation was struggling against complete overthrow on the one hand, while the new Civilisation was striving to make itself felt, striving as yet ineffectually as regards the higher culture, yet none the less preparing the way for the future germination of a new life in the old empire.