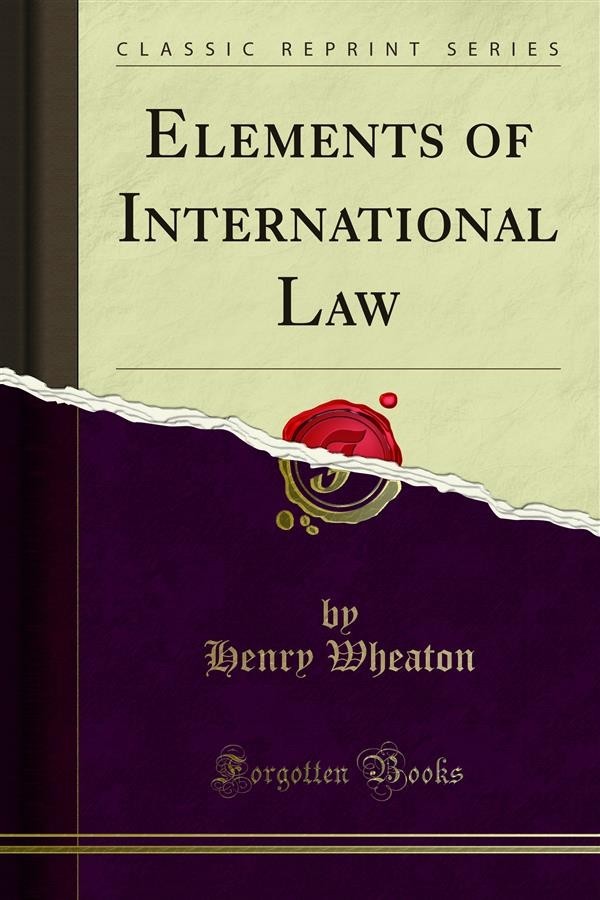 Wheaton's Elements of International Law was first published in 1836, in two editions, one appearing in Philadelphia, and the other in London. The third edition came out in 1846, in Philadelphia. In 1848, a French edition of the work was published at Leipsic and Paris; and in 1853 a second French edition was brought out at the same places. In 1857, an edition in English (called the sixth) was edited by Mr. W. B. Lawrence, and published at Boston. A second edition, by the same editor, appeared in 1863. The next edition, published in 1864, was a translation of the work into Chinese, and was executed by order of the Chinese Govern ment. The edition after that was edited by Mr. R. H; Dana, and appeared in 1866 and since that time, there being no other edition in the English language, the work has been long out of print. The present edition was undertaken at the sugges tion of the publishers, there being no apparent probability of any new edition being brought out.