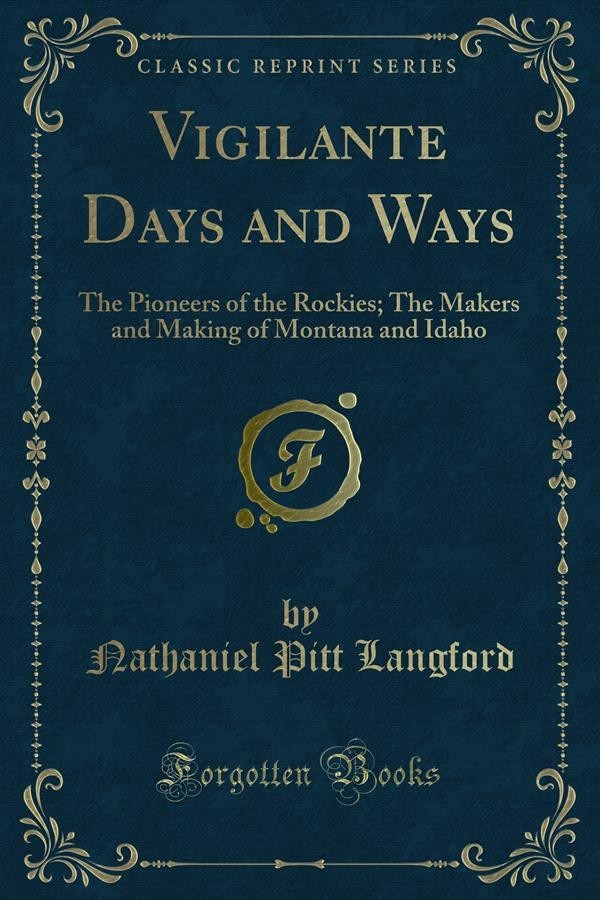 Let those who would condemn these men try to realize how they would act under similar circumstances, and they will soon find everything to approve and nothing to con demn in the transactions of the early Vigilantes. I have endeavored to narrate nothing but facts, and these will enable every reader to judge correctly of the merits of each case. I would fain believe that this history, bloody as it is, will prove both interesting and instructive. In all that concerns crime of the blackest dye on the one hand, and love for law and order on the other, it stands without a parallel in the annals of any people. Nowhere else, nor at any former period since men became civilized, have murder and robbery and social Vice presented an organ ized front, and ofi'ered an open contest for supremacy to a large civilized community. Their works for centuries have been done by stealth, in darkness, and as far away from society as possible. I cannot now remember the instance, within the past three hundred years, when the history of any country records the fact that the crim inal element of an entire community, numbering thou sands, was believed to be greater than the peaceful element. Yet it was so here. And when the Vigilantes of Montana entered upon their work, they did not know how soon they might have to encounter a force numerically greater than their own.