A History of the Woodgates of Stonewall Park and of Summerhill in Kent, and Their Connections 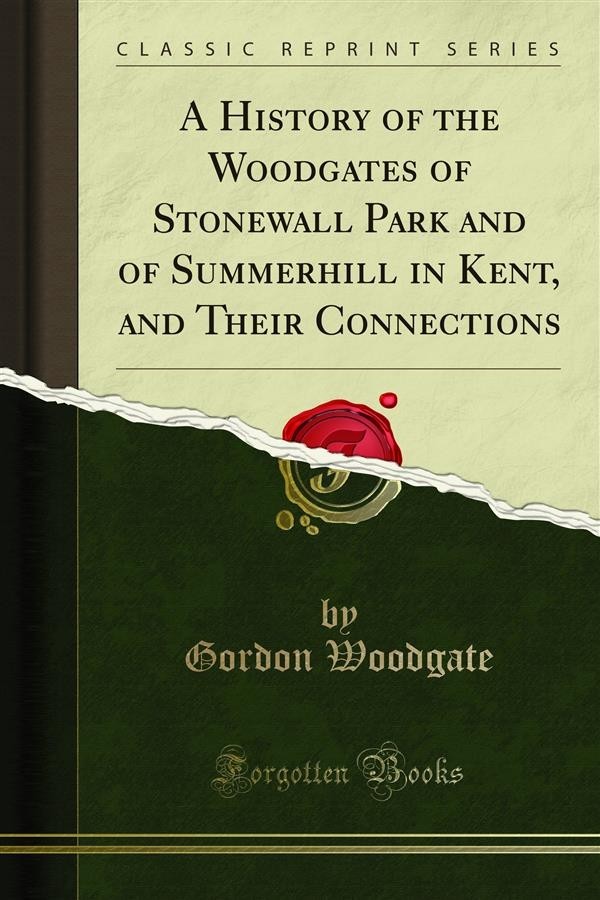 A History of the Woodgates of Stonewall Park and of Summerhill in Kent, and Their Connections

As to the propriety of reproducing private letters, we cannot do better than to express our opinion in the words of Miss Edgeworth. Next to biography written by the person himself, she observes, his private letters afford the best means of obtaining an insight into character. But some readers, and those whose opinion is most honourable, will recoil with horror at the idea of publishing letters Without need of my assertions, every reader of discernment will at once perceive that these letters are not manufactured for the public, but written in the fulness of the heart and in the careless ease of private correspondence. Such are the only letters worth seeing, yet how few of such are fit to meet the public eye! There can scarcely be better proof of any man's consistency and singleheartedness than that his best friends can dare to lay before the public his really private correspondence. Considered in this 'light, I trust that in producing my father's letters to various persons, of different and distant periods of his life, I shall do honour to his memory with all impartial judges. The old spelling of the letters has been retained, but it was found necessary from considerations of space, to excise a large number of passages relating to trivial or conventional matters, such as the usual messages at the end of a letter, enquiries after health, apologies for not writing sooner, and such like, which are to be found in present day letters — passages not uninteresting in themselves, but forbidden insertion by exigencies of space and constant repetitions. It is interesting to recognise the same traits of character brought out in the living descendants of the writers.