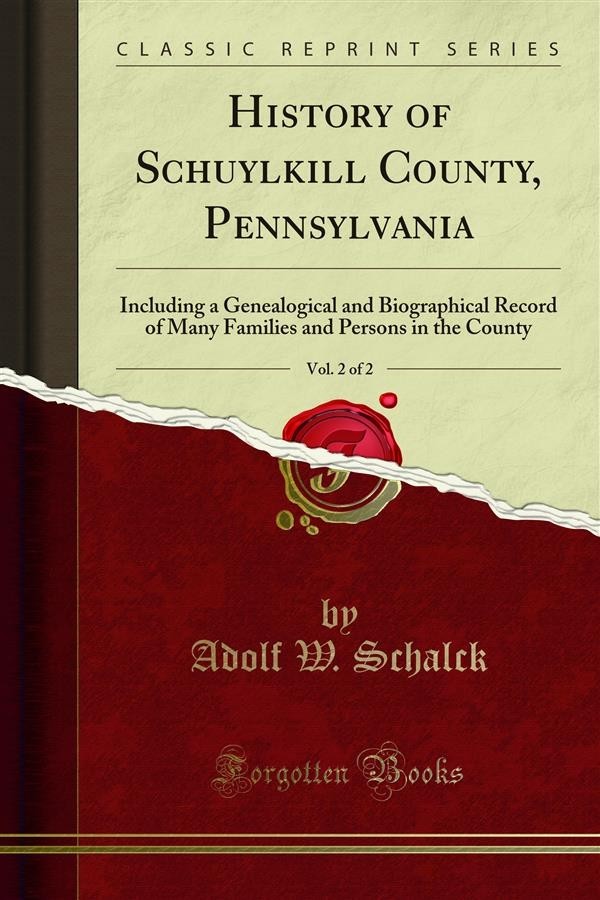 Albert. J. V., M. D., a prominent physician and surgeon of Pine Grove, was born in Lebanon county, Pa, on Jan. 27, 1849. He is a son of john and Catherine (urich) Albert, both of Lebanon county. The father was a miller and Operated a mill at Greble all his active life. Both he and his wife were zealous and devout members of the Reformed church and he held oﬂices in the same. The mother died in 1894 at the age of seventy-hye years and the father in February. 1903, at the age of eighty-six. They were the parents of three children. The eldest, David, was a doctor of med icine who died in Greble at the age of twenty-four, two years after starting in the practice of his profession. Rebecca is the widow of Louser and lives in Lebanon. The subject of this sketch, the youngest child of his parents, attended the academy at Myers town and Bucknell college for a year and a half for his preliminary education. He began his medical studies when he was but sixteen years of age, doing considerable reading in the office of Dr. Frank enbower at Myerstown. In 1870 he was granted the degree of Doctor of Medicine by the faculty of the Jefferson Medical college of Philadelphia and at once began his professional practice at Myerstown. Subsequently he went to Millersburg and since 1880 has been a general practitioner in Pine Grove. His practice has steadily increased with each year and he is recognized as a leader in the profession. Being often called in consultation with other physicians. He is the oldest member of the profession in the borough, and is actively interested in the welfare of the com munity. Politically he is an adherent of the Democratic party and as such served one term as deputy coroner. On Sept. 30, 1867, Dr. Albert married Miss Emma E. Fisher, a native of Berks county and a daughter of Adam and Amelia (filbert) Fisher. The one child of this union, Claude N., is now grown to manhood and con ducts a stationery store in Pine Grove. The son married Rebecca Fair. By whom he had two children, both deceased. The doctor and his wife are members of the Reformed church and the doctor is an active worker in the Royal Arcanum, of which he is medical examiner.