A History of Architecture on the Comparative Method 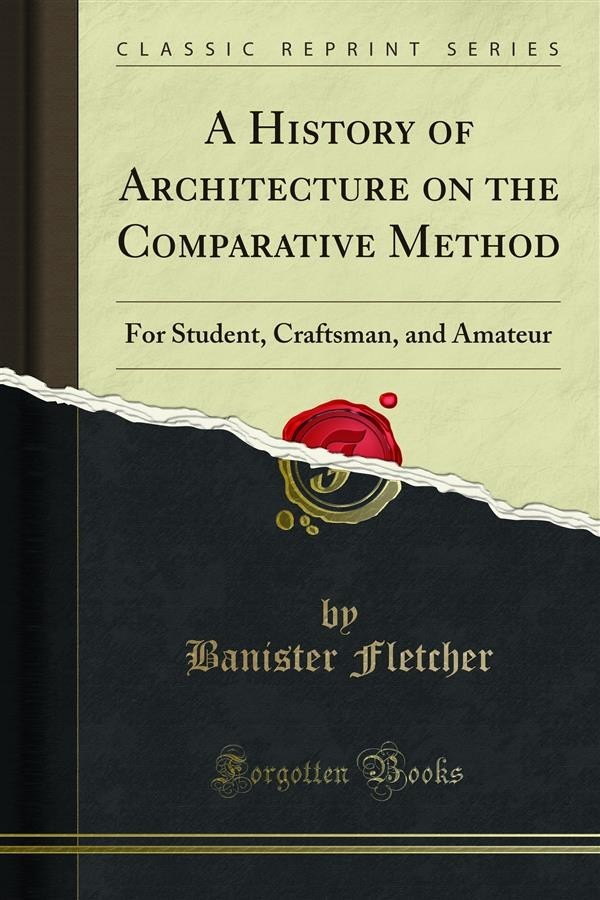 A History of Architecture on the Comparative Method

IN the Preface to the Fourth Edition I explained the many important additions which had been made since the original publication of this book in 1896, and I desire to point out that in the present Edition the nature of the revision has been on an even more extensive scale, amounting to the rewriting of the greater portion of the work. While much new matter has been intro duced, the importance of a thorough revision of that already existing has not been overlooked, the utmost care having been taken to verify all important statements and dates, and to amplify such descriptions where this appeared desirable. These remarks as to the text, apply equally to the illustrations, which have been increased by the addition of some 700, bringing their total up to about Many of the subjects shown in the previous editions have been re-drawn and corrected in the light of the most recent discoveries. The sale of four large editions in the space of a few years affords strong evidence that the book has been of service not only to the strictly professional student and those connected with design in its application to the minor arts and crafts, but also to that larger body of amateurs to whom Architectural History is year by year becoming a matter of lively interest. It is gratifying to know that it has been adopted as a text-book in Art Schools and in the leading Colleges and Technical Institutions of Great Britain, the United States of America, and Australia, for it is upon these centres we must depend for the formation of a cultivated taste, and the future growth of interest in the Arts.