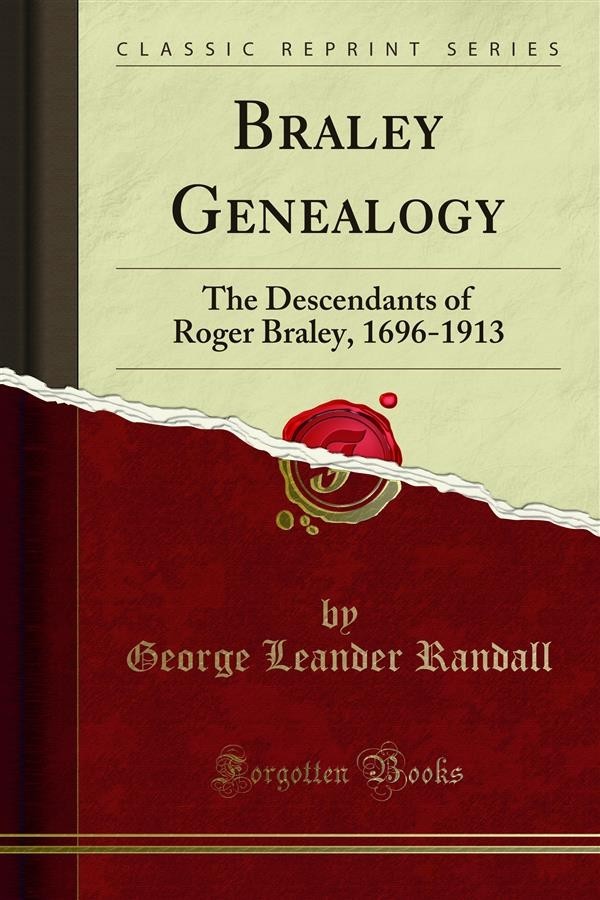 It is with the hope that the Braley Genealogy may prove to be as free from errors as the many similar books, It would be beyond my fondest dream to expect it to be entirely free from errors. Every care possible, however, has been used not only to try to collect every family record, but also to verify those collected. But often town vital records, tombstones and family Bibles disagree. And I have received data from several in same family which did not agree in every particular. So there are many ways for errors to creep in. It is with much disappointment on my part that I am forced to announce that many of the family records are not as complete as I could wish. Such, however, in most cases are the results of not replying to repeated requests for such data. There are, however, a few such incomplete records that I have been unable to locate the parties in order to ask for fuller data. No expense or care has been withheld in the compilation of the book, and I hope it will prove reasonably satisfactory to its subscribers.