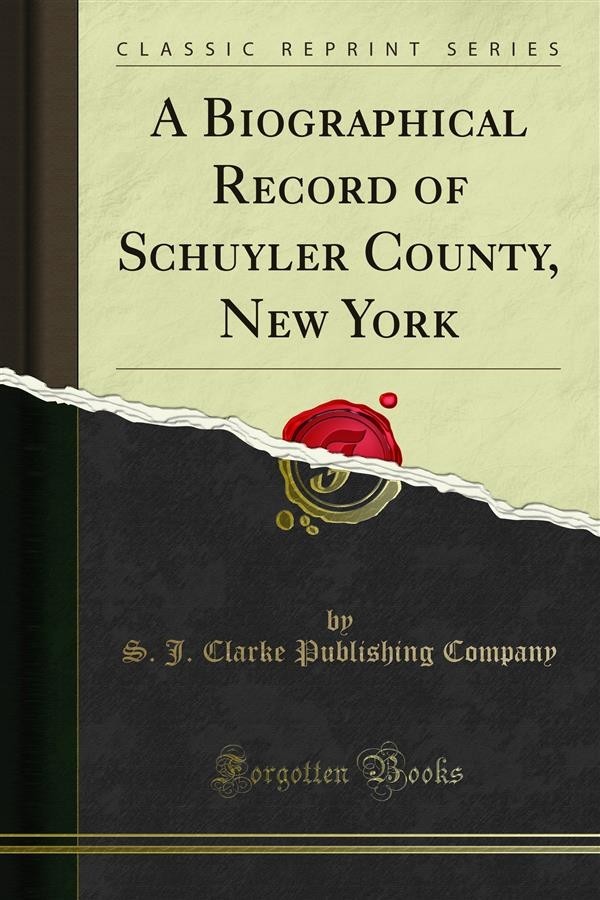 Corning generations will appreciate this volume and preserve it as a sacred treasure, from the fact that it contains so much that would never find its way into public records, and which would otherwise be inaccessible. Great care has been taken in the compilation of the'work and every opportunity possible given to those represented to insure correctness in what has been written; and the publishers ﬂatter themselves that they give to their readers a work with few. Errors of consequence. In addition to biographical sketches, portraits of a number of representative citizens are given. The faces of some, and biographical sketches of many, Wlll be missed in this volume. For this the publishers are not to blame. Not having a proper conception of the work, some refused to give the information necessary to compile a sketch, while others were indifferent. Occasionally some member of the family would oppose the enterprise, and on account of such opposition the support of the interested one would be withheld. In a few instances men never could be found, though repeated calls were made at their residence or place of business.