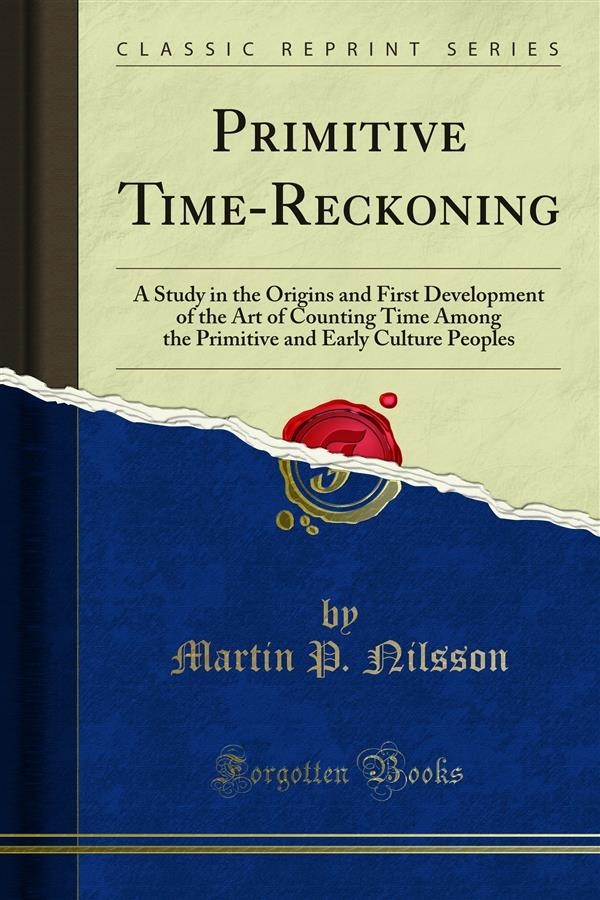 The book was ready in the spring of 1917, but could not be published on account of the war. Later I have only inserted a few improvements and additions. As I was putting the finish ing touches to mv work, there came into my hands, after a delay due to the circumstances of the time, the Rest Days of H. Web ster, whose Primitive Secret Societies has gained him fame and honour. This work deals in detail with a subject akin to mine, but not from the calendarial and chronological standpoint here adopted. Only upon the origin of the lunisolar calendar does the author make a few general remarks (pp. 173 which however do not advance the subject very far. In the chapters entitled Market Days, Lunar Superstitions and Festivals, Lunar Calendars and the Week he has brought together abundant material which also concerns some of the phenomena treated by me; part of this information will not be found here, since it is compiled from sour ces inaccessible to me. For the same reason, because I could not collate it for myself, I have not thought it advisable to' introduce this material into my book, especially since it adds no new prin ciple of knowledge and does not affect the conclusions I have drawn. Moreover anyone who wishes to go farther into these matters must in any case approach Webster's careful work.