Origin and History of the American Flag, and of the Naval and Yacht-Club Signals, Seals and Arms, and Principal National Songs o 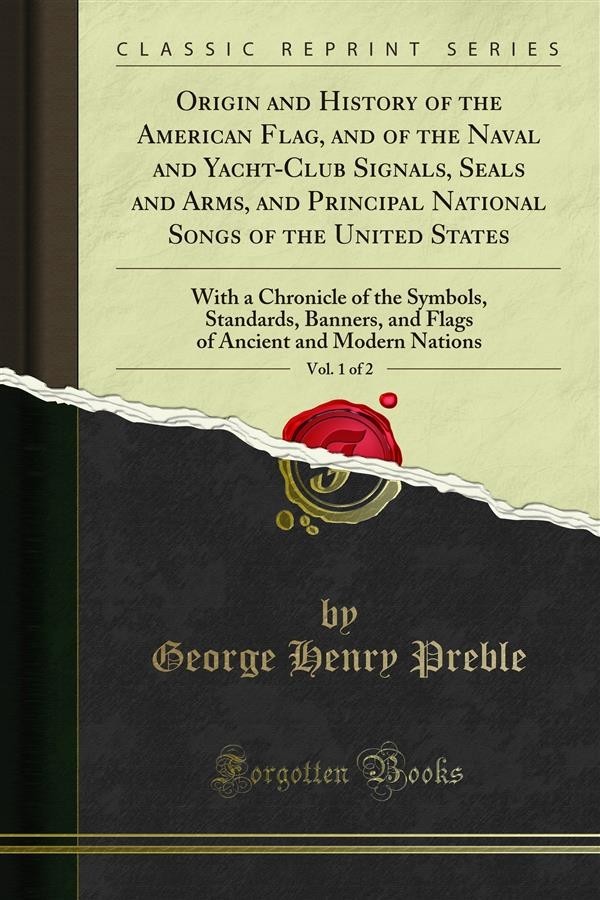 Origin and History of the American Flag, and of the Naval and Yacht-Club Signals, Seals and Arms, and Principal National Songs o

IN preparing this book in its permanent form, the errors of the press and of fact inseparable from the first issue of so novel and com prehensive a work have been corrected, much new matter has been added, and some of the original text discarded, in order to keep the book within reasonable limits, while the general plan and arrangement is the same. The colored plates also have been rearranged and changed, and the wood engravings largely increased, while the maps and autographies of national songs and documents are a new and distinct feature. The aim of the book is to perpetuate and intensify a love for our Union, through the ﬂag which symbolizes it. The story of Our ﬂag and of the Southern ﬂags in the Civil War show graphically the madness of the time, and will, it is hoped, serve to render the crime of secession hideous, and afford a moral aid towards preventing a recurrence of such fratricide against the life of the nation.