With a Prehistoric People, the Akikuyu of British East Africa 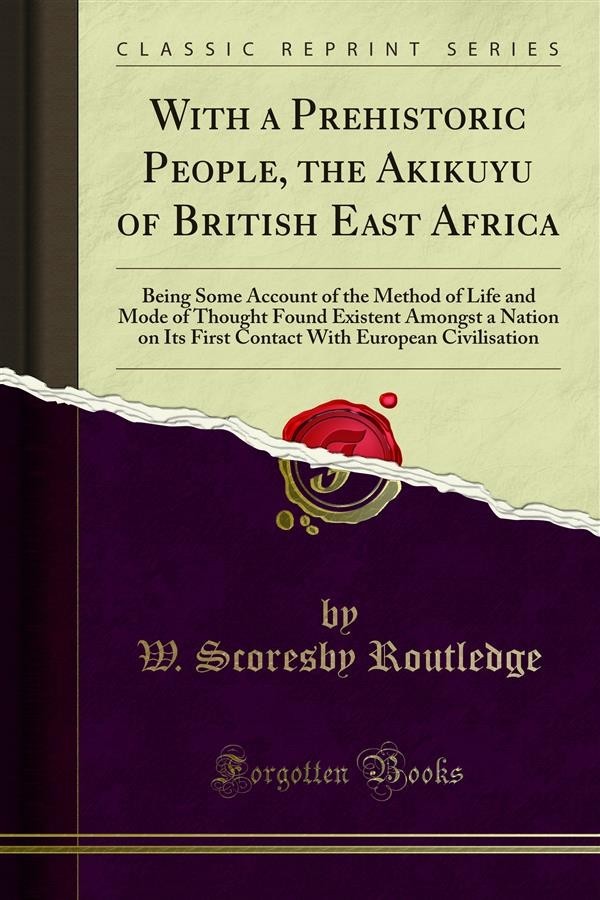 With a Prehistoric People, the Akikuyu of British East Africa

The country so named is, it is perhaps needless to explain, part of that which has fallen to our share in the general division of the African Continent between nations of Europe. It had been nominally taken over by the Foreign Office in 1895, but British rule over the greater proportion was as yet on paper only. At the time of my arrival the railway, which had been constructed from the coast, had just reached its terminus, Lake Victoria Nyanza. The traveller who wished to reach the heart of the Ki-ku-yu country then, as now, traversed the line for about half of its length, and left it at Nairobi. He there put his goods on porters' backs, and travelled thence some sixty miles to the north-east till he reached Fort Hall, which had then been recently established as the first station of the province of Kenya. The Fort consisted of a rough stone building, enclosed for purposes of defence by a wall of loose stones, and a ditch some twelve feet wide. The province was, at the time I speak of, practically nu known and its people unsubdued: except for a few fixed points, it had no boundaries even.