Genealogy and History of the Hepburn Family of the Susquehanna Valley 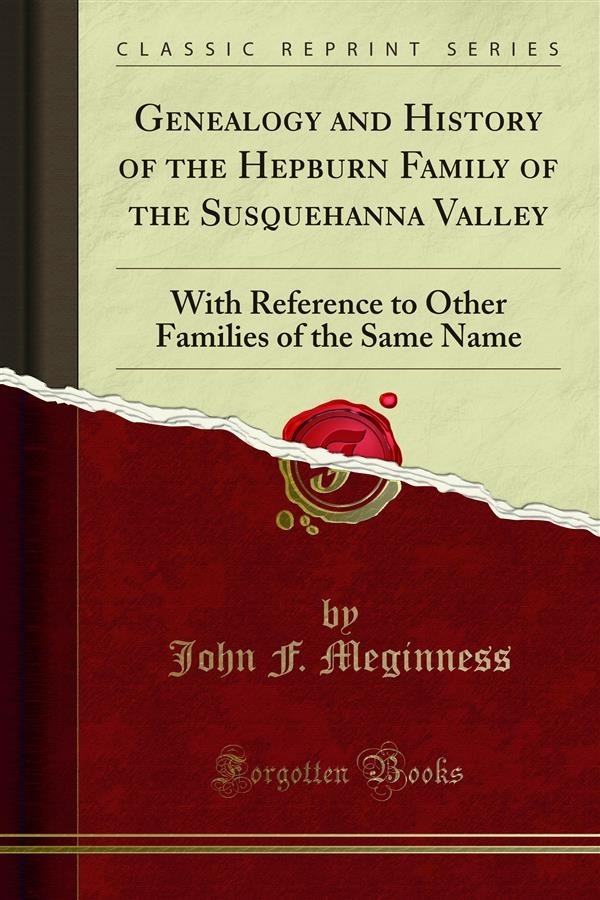 Genealogy and History of the Hepburn Family of the Susquehanna Valley

Susquehanna one hundred years ago. The latter came as early as 1773, from Ireland, and at once became identified with the struggling pioneer settlers in their efforts to repel the sav ages. The former, who spent about ten years in and about Philadelphia, did not locate here until about the close of the Revolutionary war, when he engaged in the mercantile busi ness, and the buying and selling of land. Through sagacity, business tact and enterprise, he accumulated a handsome competence; William became a State Senator, and it was largely through his efforts that Lycoming County was organized April and as a recognition of his ser vices he was appointed the first judge. And working to gether, the two brothers were prime movers in laying the foundation of what is now the beautiful and ﬂourishing city of Williamsport, Pa.