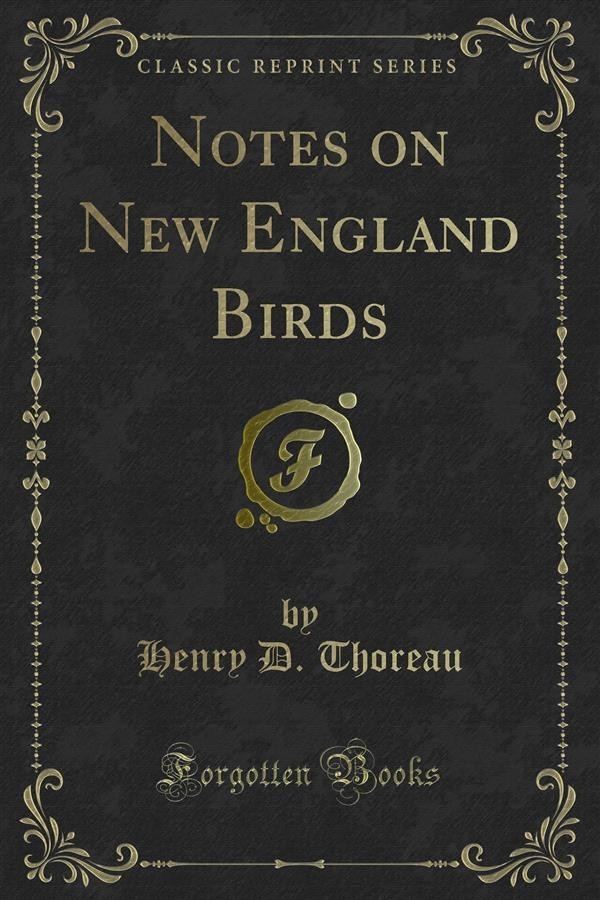 Scattered through the fourteen volumes of Tho rean's published Journal are many interesting notes on the natural history of New England, and a large proportion of these relate to birds. In the belief that readers and students would be glad to have these bird notes arranged systematically in a single volume, this book has been prepared. It will perhaps be a matter of surprise to many readers to learn how much Tho reau wrote upon this one branch of natural history, and how many species of birds he found something to say about that was worth the saying. Thoreau was seldom dull, even in mere records of commonplace facts, and the reader of this book, though he may be well acquainted with the author's picturesque style, can hardly fail to be impressed anew with his power to convey a vivid and interesting picture in a few words. It was, indeed, as a describer rather than as an ob server that Thoreau excelled. He never acquired much skill in the diagnosis of birds seen in the field. He never became in any respect an expert ornithologist, and some of the reasons are not far to seek. He was too intent on becoming an expert analogist, for one thing. It better suited his genius to trace some analogy between the soaring hawk and his own thoughts than to make a scientific study of the bird. Moreover his field, including as it did all nature, was too wide to admit of specialization in a single branch. Then, too.