The Modern Vernacular Literature of Hindustan 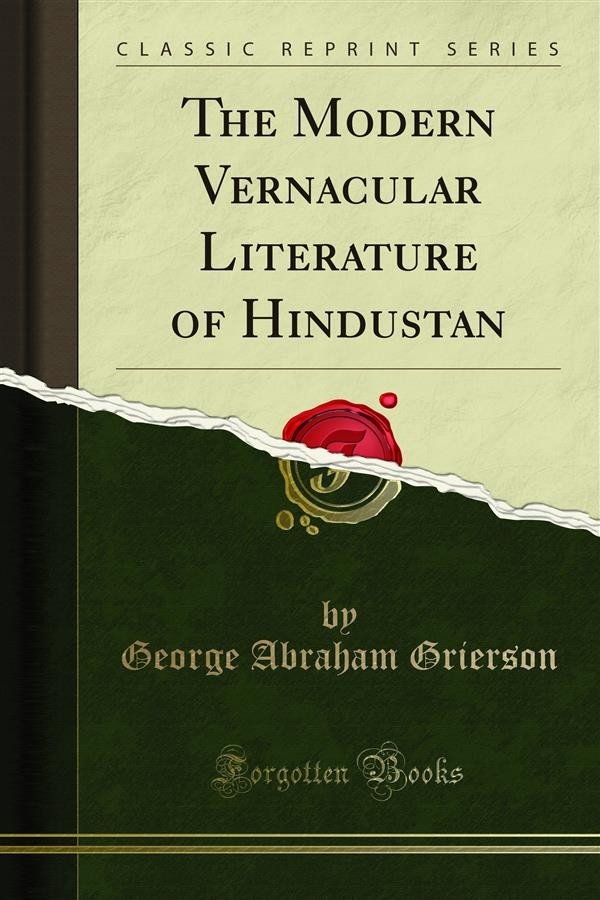 The Modern Vernacular Literature of Hindustan

I have been the more Willing to exclude these last from our present consideration as they have been already exhaustively dealt with by Garcin de Tassy. I may add that by Hindiistan I mean Raj'putana and the valleys of the J amuna and of the Ganges as far east as the river Kosi, and that I do not include under that term either the Panj ab or Lower Bangal. The vernacular languages dealt with may roughly -be considered as three in number, Mar'wafi, Hindi, and Bib in, each with its various dialects and sub-dialects. One omission must be mentioned with regret. I have refrained from including the large number of anonymous folk-epics and of folk — songs (such as ja fears, and the like) current throughout Northern India. These can only be collected on the spot from the mouths of the people, and, so far as I am aware, that has only been systematically done in the province of Bihar. I have therefore, after some hesitation, determined to exclude all mention of them from the work, as any attempt to describe them as a whole could only have been incomplete and misleading.