An Exposition of the Prophecy of Hosea 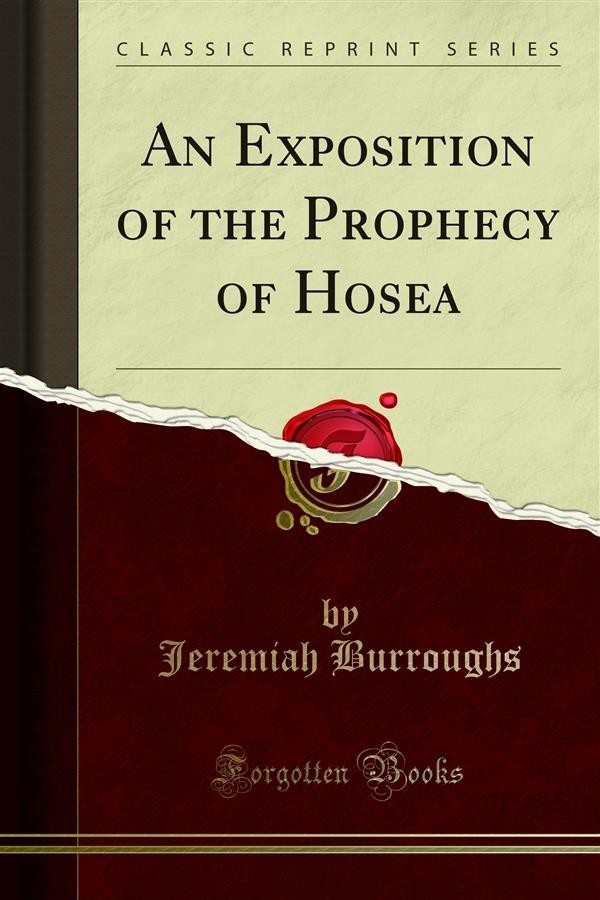 An Exposition of the Prophecy of Hosea

The author was prevented by several providences from preaching the foregoing sermon for some months to gether, insomuch as himself wondered what purpose God had in it; till at last God visited him by sickness, whereof he fell asleep in the Lord: his disease was thought to be infection, but without any sore, yea, and (as the gentlewoman his wife has related) without any spots or tokens of the plague; there was only a black settling of blood on one side of his back, which she supposed might have arisen from a fall from a horse, which he had met with not long before. This is mentioned by occasion of some contrary reports concerning his death. About the time of his immediate dissolution, he lifted up his eyes, and was heard to Speak these words, I come, I come, I come and so gave up the ghost. It had been much to he wished that the author had been more concise and brief in some amplifications, which, though all exceedingly useful, yet have deprived us of his preaching and completing both the former sermon, and the rest of the prophecy. But God was pleased (for our sin no doubt) to deprive us of that mediator-like instrument between the divided godly parties of this nation, and of the further mind of the Holy Ghost which he had revealed to this his servant, touching the scope and use of this prophecy in these days. God took him away in the strength of his parts and graces, that he might not lose in the reputation of his ministry or piety, as some have before their death. Also, though we cannot affirm, as one of Josiah, that he was taken away lest the evil of the time should have wrought upon his temper; yet we may say, as another doth, he was taken away from the evil to come, Isa. Lvii. 1. Moreover, it is not an unuseful note, that the Preface to the Tigurine Bible hath, whereof the inference is, That whilst in some weighty point we labour for great exactness and preparation, we are either disabled by our diligence, or prevented by our tardiness and delay; whereas moderate preparation seasonably applied might be more useful to the church, than such 'exactnes's so deferred. Which is not spoken to reﬂect any thing on our reverend author, but to admonish others.