The Distribution and Occurrence of the Birds of Jackson County, Oregon, and Surrounding Areas 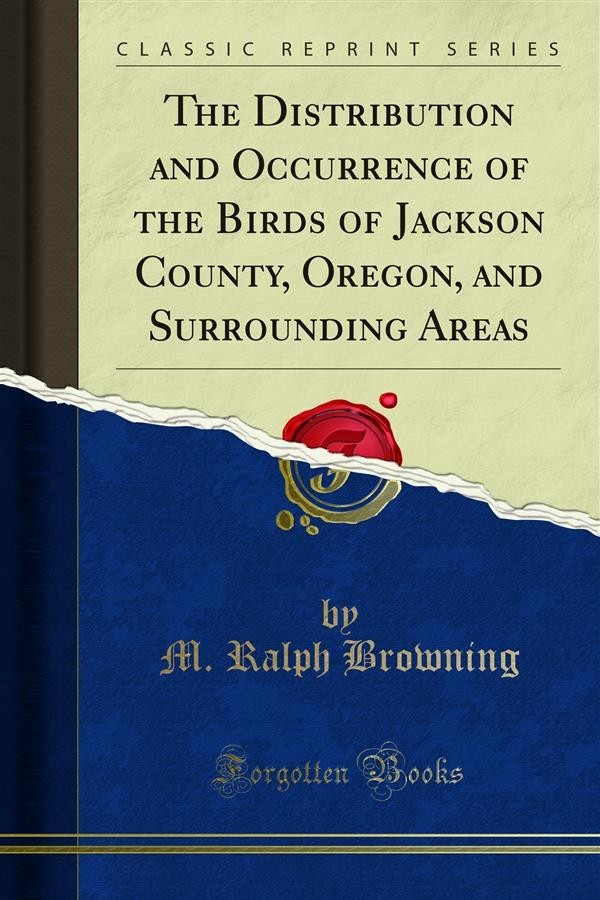 The Distribution and Occurrence of the Birds of Jackson County, Oregon, and Surrounding Areas

Jackson County in southwestern Oregon occupies km2. The county is situated between and north latitude, and between and west longitude. About 113 km from the Pacific Ocean, the county is bounded by California to the south and by the Oregon counties of Josephine, Douglas, and Klamath to the west, north, and east, respectively (fig. About people live in Jackson County, most of them concentrated in the cities of Medford and Ashland in Bear Creek Valley. The remaining population is chieﬂy scattered throughout the Lower Rogue River and Bear Creek valleys. Agriculture (orchards, especially pears, and mixed farmland) dependent on summer irrigation, light industry (primarily lumber), and residential areas occupy most of the land area below 610 m elevation in the Lower Rogue and Bear Creek valleys. About 70 percent of the county above 610 m is coniferous forest.