The African Repository and Colonial Journal 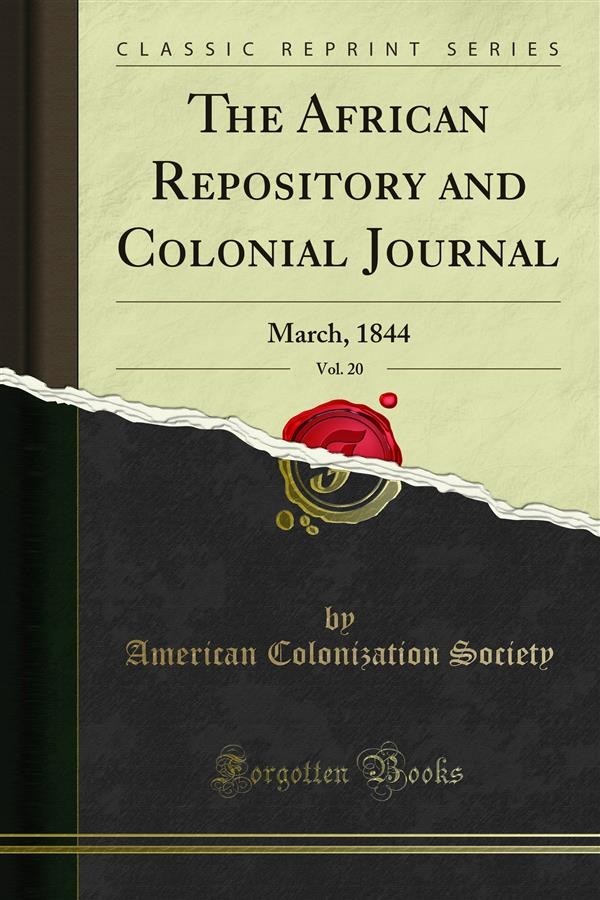 The African Repository and Colonial Journal

The affairs of the colony having come into a very critical state, it was deemed expedient by the friends of Colonization. To hold a convention at the city of Washington, in the month of May, 1842: which was attended by a number of ardent friends of the cause. Ln the course of the meeting, much useful information was received, especially from Dr. Hall, whose knowledge of all that relates to the condition of the settlements in Liberia, and that of the commerce of the western coast of Africa, is superior to that of any other person in this The convention, moreover, directed a memorial to be laid before Congress, then in session, stating important reasons, why Congress should, without delay, act on this subject. The first consideration is, that several hundreds of those now constituting the colony, were re-captured Africans, sent there by the American govern ment, who ought therefore to be the special objectof their care. It would be cruel to place such persons in a part of the country distant from their native place, and then leave them to their fate. But the two principal con. Siderations, which are urged upon Congress, in this memorial, are.