Ancestry and Life of Josiah Sibley 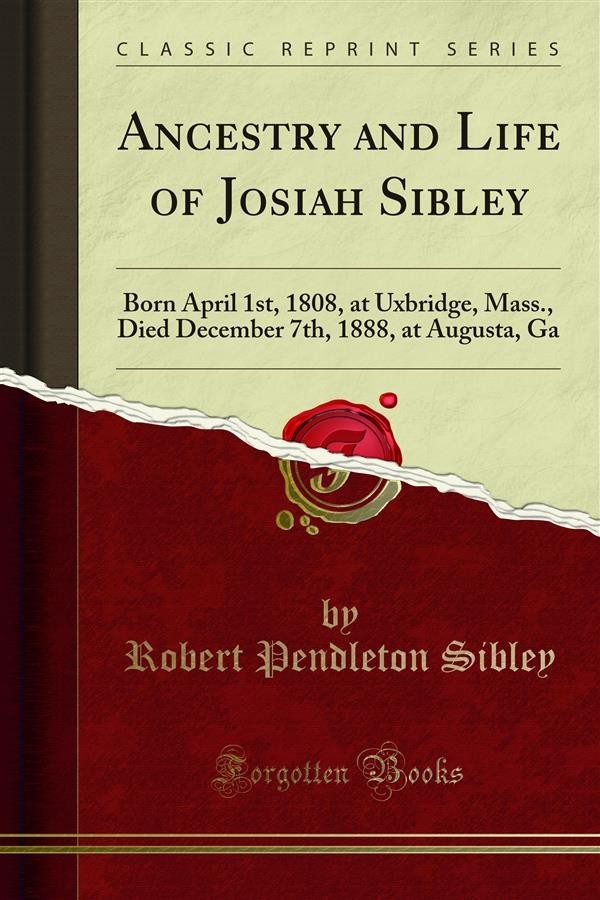 Ancestry and Life of Josiah Sibley

From the early records, it appears that a John Sibley resided at Charlestown, Massachusetts, in 1684, while another John Sibley resided at Salem, Massachusetts, 1634 also. From these two Sibleys, with Richard Sibley, a brother of John of Salem, all of Puritan stock, have deeended the wide spread connection of Sibleys, not only in New England, but throughout the whole United States. From the Salem Sibley. John I. Of Salem, came Henry Hastings Sibley of St. Paul, through the line of Joseph I., son of John I. Of Salem, Joseph II., son of Joseph I., Jonathan, son of Joseph H., Rueben, son of Jonathan, and Solomon son of Reuben, as already stated. Of the first two John Sibleys, the one at Charlestown, the other at Salem, we shall speak more hereafter. It is enough for our present purpose to state, that in the lines of both John and Richard Sibley of Salem are found a multitude of men and women of high distinction, adorning the annals of the nation, in all the various walks of private and public life.