Record of the Descendants of Vincent Meigs, Who Came From Dorsetshire, England, to America About 1635 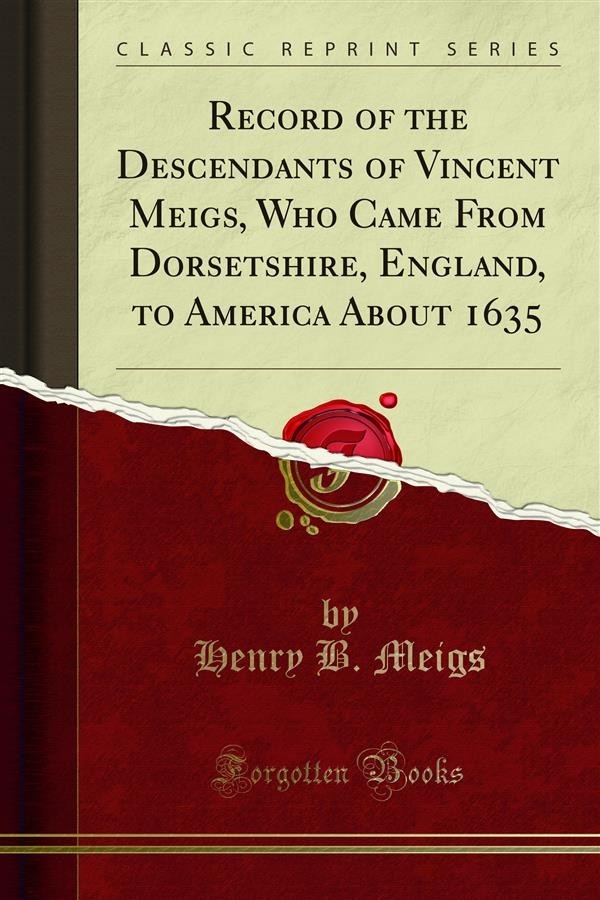 Record of the Descendants of Vincent Meigs, Who Came From Dorsetshire, England, to America About 1635

But all we have of absolute proof as belonging to Vincent, Jr., is the record of administration on his estate given in Appendix NO 2. This disposition of his property would show that he left no natural heirs, and presumably he never married. He died November 1700, and the Court Record at New London shows settlement of the estate Dec. 17, 1700. No. 4. Of Mark Meigs, born 1614, third son of Vincent No. I). There is little to record. He appears to have identified himself closely with the interests of the family until some time after their removal to New Haven. His name does not appear 011 Conn. Records after 1647. It was probably about that time that he went to Long Island, as he was granted a lot in Easthampton, but abandoned it before 1651. From that date to 1658 he resided in Southampton, and probably married his wife, Avis, there, removing about 1658 to Huntington, farther West on the Island, where he is recorded in 167 2, and his will probated there in 1673, leaves all of his property after the death of his wife to Samuel Lum. Son of John Lum, of Southampton. See App. No. 4.