A Golden Mine Opened, or the Glory of God's Rich Grace Displayed in the Mediator to Believers 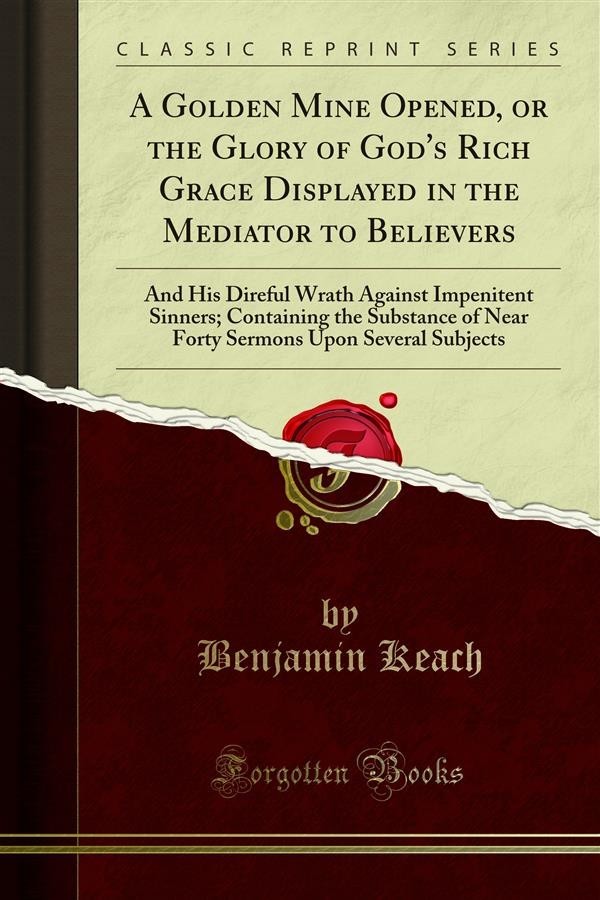 A Golden Mine Opened, or the Glory of God's Rich Grace Displayed in the Mediator to Believers

Providence, or the Expiration of that period of Time deter mined by the Almighty for the {tanding of the Church of If rael, could cut the form off as a Nation, from being a Church and peculiar People unto God lmean in refpeft of that Le gal Covenant, l deny not but that the Covenant of Grace God made with Ahrahamfiﬂd with his true fpiritual Seed, ltands firm for ever and ever, and none in that Covenant can be cut off, nor fanned away: forthe iemifh Prielthood, Church itate and Churchmemberlhip, and'all their Church-priviledges, were to remain until Chrift came, or until the time of Refor mation 5 that is,till the Gofpel-days and gofpeldifpenfation took place, and no longer: But. Now that time being come, and they not feeing an end put to the old covenant-chorch,'as it was made with the natural Offspring of Ahraham; and that their right to legal Ordinances, and Church-memberﬂiip, could not give them any right to Gofpel' Ordinances, nor Gofpel Church-memberlhip, and they not believing in Chrift, not ac; cepting of the Terms of the Gofpel, were all ofneceflity purged out or fanned away, by the Fan of the New Teftament-dii'pcn' fatiou, and fo were no longer a people in any fenfe in Covea nant with God. Thirdly, Chrilt hath alfo another Fan in his The Fan of church-difcipline. And many perfons falling into fin are purged like Chafi out of his ﬂoor. Hereby.