Concealing-Coloration in the Animal Kingdom 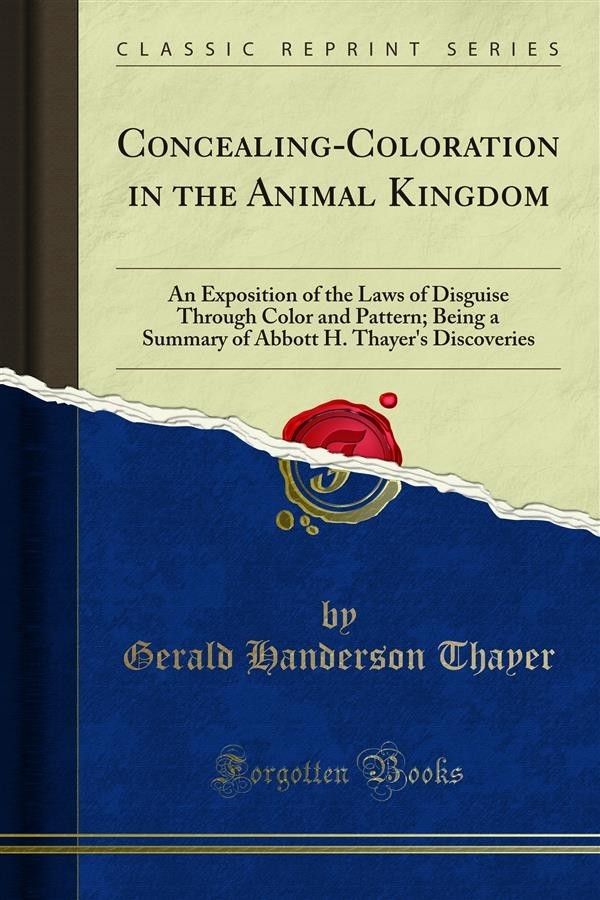 Concealing-Coloration in the Animal Kingdom

For the most part, we do not draw hypothetical conclusions from facts; but we reveal certain beautiful facts hitherto unknown; we disclose and ex plain the remarkable power of several naturally applied laws of optical illu sion — as these applications stand, by whatever causes produced, and as all may see them. That is, we show and analyze the concealing-power of the colors of animals as they exist to — day. The illustrations are of particular importance, inasmuch as they include what we believe to be the first scientific paintings ever published of animals lighted as they actually are in Nature. This will be explained in detail later on. The colored pictures have been painted either from mounted specimens, as in the cases of the Grouse, the Wood Duck, and the Peacocks, or from live captives, as in the cases of the Snake and all the Caterpillars. The picture of the Grouse is a faithful copy of a specimen in a house-lighting arti ficially arranged to correspond to that which the live bird in the forest would normally have; while the background was painted from photographs and outdoor color sketches. The Snake is the joint production of A. H. Thayer, Rockwell Kent, and G. H. Thayer. Three of the caterpillar pictures are contributed by Louis A. Fuertes. The Bird of Paradise sketch is largely the work of Mrs. A. H. Thayer; likewise most of the background in the rab bit picture, the diagrams oi 'ruptive' coloration, and two or three black-and white diagrammatic drawings; besides a good deal of contributive work here and there on other paintings; and an immense amount of miscellaneous labor, invaluable advice and criticism, at almost every point.