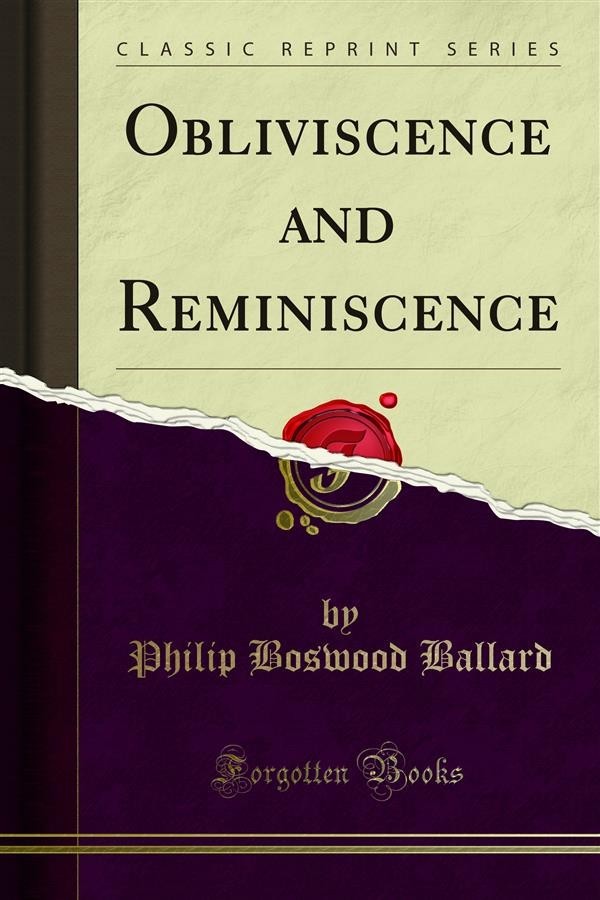 It is generally believed that when one attempts to memorise a passage of poetry the power to reproduce it is at its greatest immediately after. Thenceforth the power is supposed to undergo a gradual process of decay and it is assumed that the longer the lapse of time between the act of learning and the act of reproduction, the more difficult and the less accurate is the reproduction likely to be. And, Speaking generally, whatever may be the nature of the traces left in our minds by our experiences, those traces gradually fade, and the curve of remembering has but one tendency — a downward tendency. Allowing for certain ﬂuctuations in memory due to ill-health and fatigue, it will readily be admitted that the strongest and most general tendency among our unrevived memories is this tendency towards oblivion. They are less and less easily reproducible. But this is not the only tendency. Obliviscence is at least partly counteracted by an opposing tendency towards reminiscence. We not only tend to forget what we have once remembered, but we also tend to remember what we have once forgotten. And although we associate reminiscence, in the loose and popular sense of the word, with old age,'in the strict sense of the word in which it is here used — in the sense of remembering the forgotten — it is really more characteristic of the young. At least it is so when it refers to recently acquired knowledge. When a child has memorised, say, a piece of poetry, and has dismissed it from his mind, the period of gradual forget fulness is as a rule preceded by a period of gradual improvement. And the object of this monograph is to present and discuss evidence as to the nature and extent of this recuperative aspect of memory, this increase in reproducibility, this power which not merely arrests the passage of our memories towards forgetfulness, but drives them back towards ready and accurate recall.