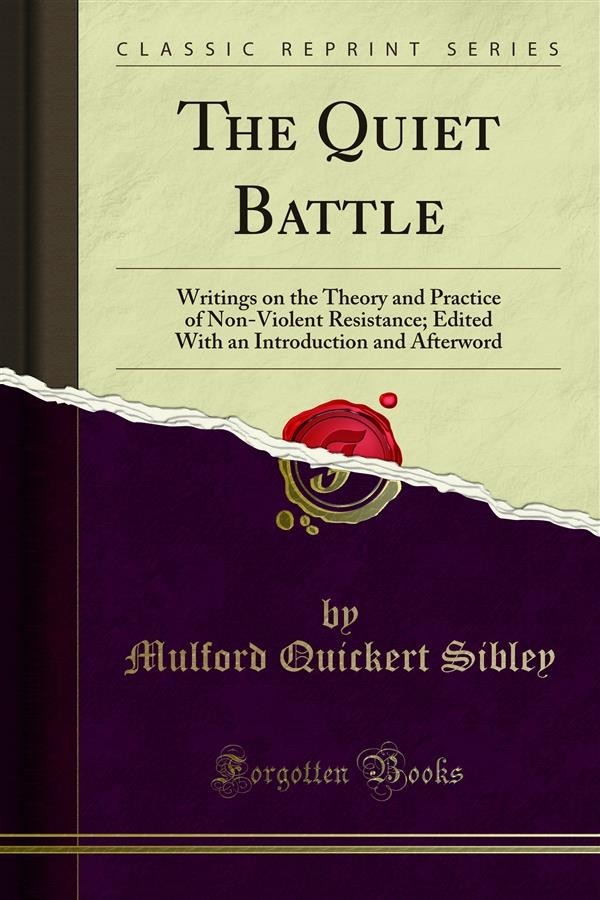 Despite the fact, however, that we have so frequently turned to violence as a method of resisting military invasion and correcting social injustice, we have also had in our tradi tion a strong emphasis on the values of non-violent conduct. Whether in religious ethics or in secularist morals, we have held up the ideal of non-violent action. We have attempted to establish political institutions which would minimize violence, and democracy has often been held to be the political form which most nearly prevents resort to Violence. Our everyday life, moreover, is mostly free of overt Violence, whatever the psychiatrists may say about the potential Violence within us.