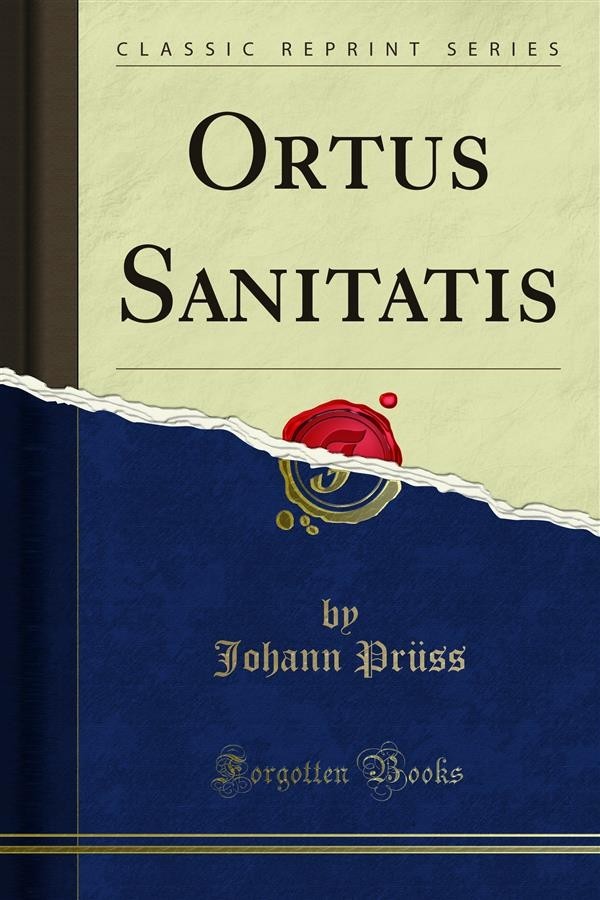 In addition to the Preface, the H ortus Samtatts at least its first edition contains also an Epilogue. Unfortunately, this does not offer any infor mation about the author or authors. Jacob Meydenbach, the printer, states with considerable pride that the book omni diligentia collectum et elabora tum was produced by him, without mentioning however who did the com~ piling and elaboration The fact that the volume extended also to the animals and minerals was, of course, advertised. But the printer was justified in pointing out that the H ortus Santtatis was different from the Gart der Gesund heit. For not only the treatises on beasts, birds, fishes, and minerals were new in his work, but also the section on plants was completely rewritten. Some chapters of the German work are lacking in the Latin; and yet the latter in cludes nearly a hundred more chapters than the former. The text and the sequence of chapters also differ. Further, each chapter in the H ortus Sanitatis is divided into two parts: the first gives a description of the object and the second under the title Operationes mentions its medical effects.