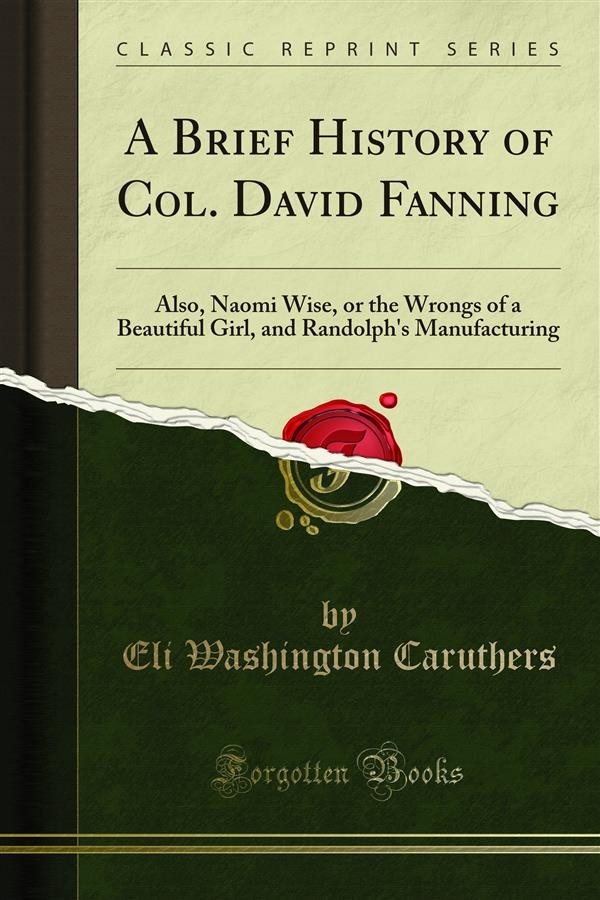 Revolutionary times not only try men's souls, but test their principles and develope their character When, society is resolved into its original elements and there is no master spirit to control the perturbed and excited mass; when, for the present, all law and government are virtually set aside, except, perhaps, martial law, which can neither take cognizance of all the cases of wrong that occur, nor reach the whole of a large community scattered over a widely extended territory; and when every one, feeling that where there is law there can be no transgression, does as he pleases and gives tn 1 scope to his good orobad passions, as the one or the other may happen to be prevalent, a man may become as much distinguished by his vices as by l virtues, — by a course ot rapine, murder, and atrocious villanies, as by the wisdom of his counsels wherever they may he needed, or by his deeds of valor on the field of battle. In the war of the Revolution in this country, which resulted in the unprecedented freedom and prosperity which we enjoy, the patriots of that day, who toiled and suffered and shed their blood in the cause of independence, in-scribed their names indelibly on the rolls of fame; and, while the world stands, will command the veneration and gratitude of mankind; but there were others who were then about as conspicuous, and who, by an opposite course, have rendered their names quite as immortal.