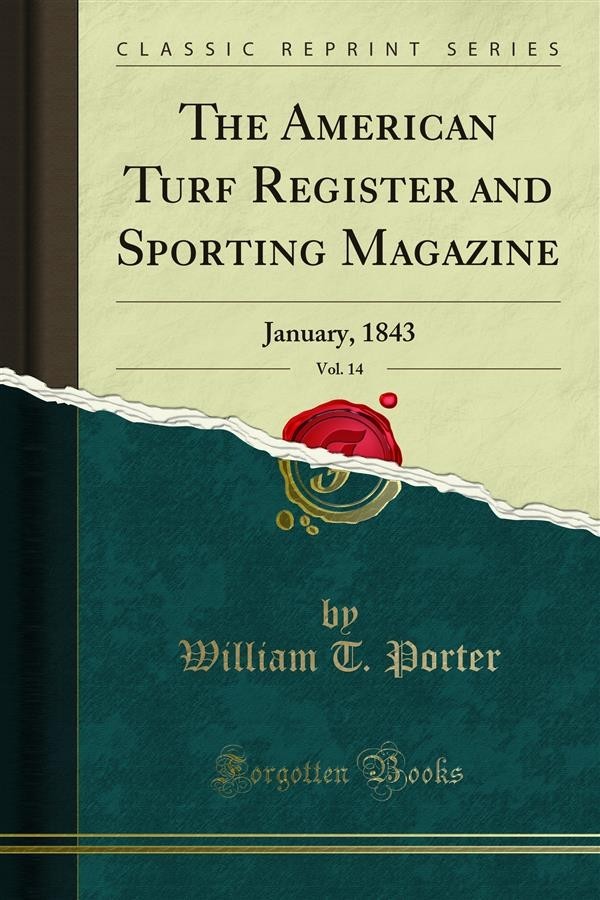 It may be said by some, on reading this paper, Aye, but if you had had old Doll out at the Duke's, you would have got on no bet ter. I answer, I saw the young dog do ill the same thing which I had seen her do well a hundred times; and I never saw him attempt that which the old one would have practised with success twenty times in the day. Again, it will be urged by many, You tell us what we already know, and bring forward acknowledged facts as if you only knew them, and warn us against errors which every man knows and shuns. I am not so sure of that. I have known even men of forty esteem a young dog or a new dog better than an old one: and when I was about three-and twenty, I fooled away a fine old pointer which had been given to my poor father for a young setter with a splendid stern, fashionable color, bred by an Earl's keeper, and broke by a crack hand. He was a good dog notwithstanding; but then he knew nothing in com parison with poor old Hector. Enough! My object was to tell my tale of experience, to speak a few words in favor of old friends, and I have done it. One word more I have a spaniel now, and have had him nine seasons. There is a little spinney in which I am sure of phea sant whenever I beat that lordship, if it is driven the right way from the river; and I have seen the old dog, when we got within reach of it, enter it at the right quarter and beat it as truly and right as if he understood what was wanted: nay more, to test him, I lent him to a friend two or three days, and he did the same thing as regularly as if his own master had been there to make him.