Lectures on the Present Position of Catholics in England 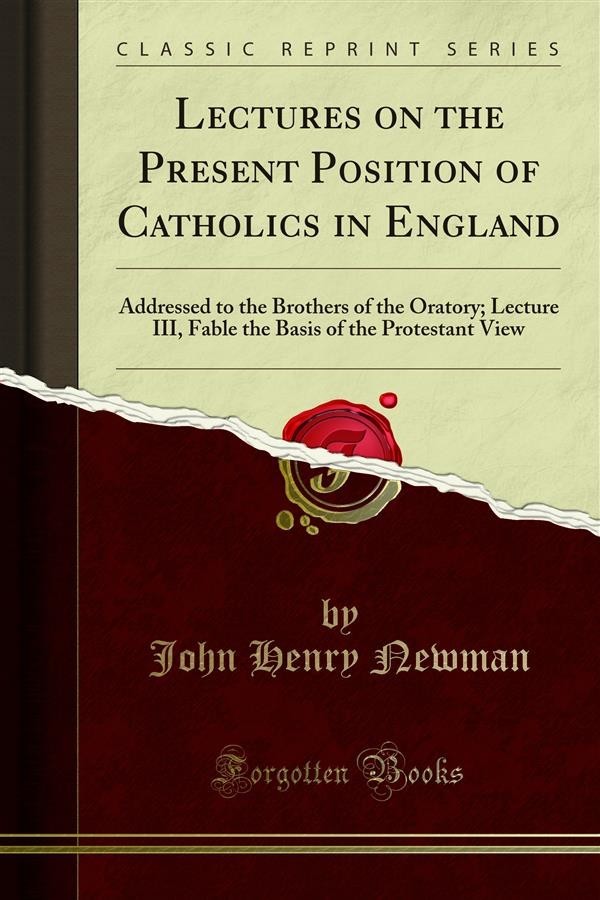 Lectures on the Present Position of Catholics in England

And this latter consideration is important also, as it anticipates a solution of the difficulty which the Pro testant, were he able, would eagerly adopt. He would be eager to reply, if he could, that the Protestant spirit has survived in the land amid so many changes in poli tical and social science, because certain political theories were false, but Protestantism is true: but if this is the case, why has it not kept its ground and made its way in other countries also? What cause can be assigned for its decay and almost extinction In those other countries, in Germany, Holland, Switzerland, and New England, di verse from each other in situation, in government, in language, and in character, where once it ﬂourished?