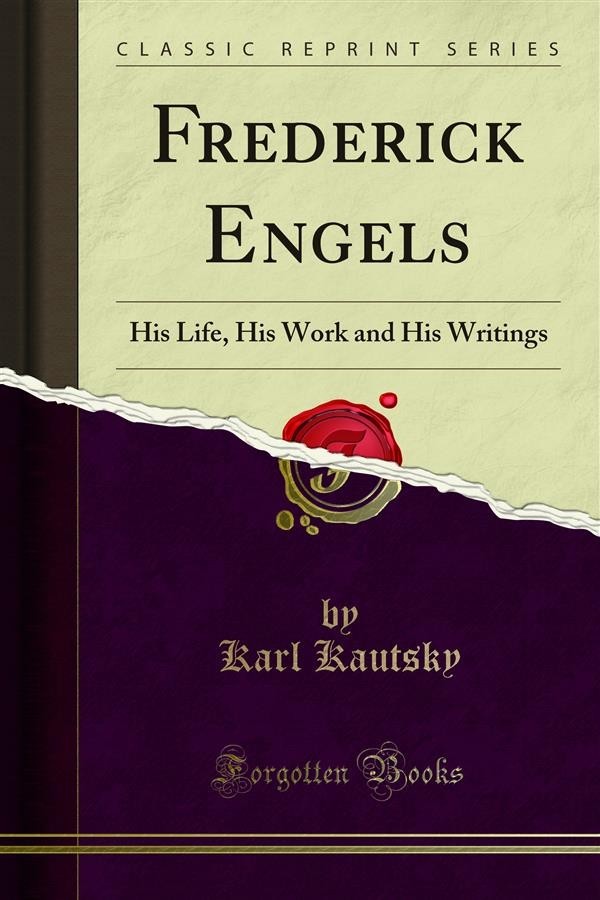 It is well for the most part to say of this division Of labor that while the Marxian studies are comprised in one principal work — Capital — the results of Engels' investigations are scattered in numerous small pamphlets. SO it happens that while complaints are made about the unintelligibleness of Marx, and most people have read more about Capital than they have Of Capital itself, Engels stands as a master Of popular exposition; his writings are read by all thinking proletarians, and the majority Of those who have accepted socialism have Obtained their knowledge and understanding Of the marx-engels theory from these writings. A slight Observation on this point. Most Of our friends, as soon as they recognize that socialism is not a matt pathy but Of science, at once throw themselves energy upon Capital, break out their teeth on the theory Of value, and then drop everything. The result would be entirely different if they first took up Engels' pamphlets, and only after they had thoroughly studied these betook them selves to Capital.'