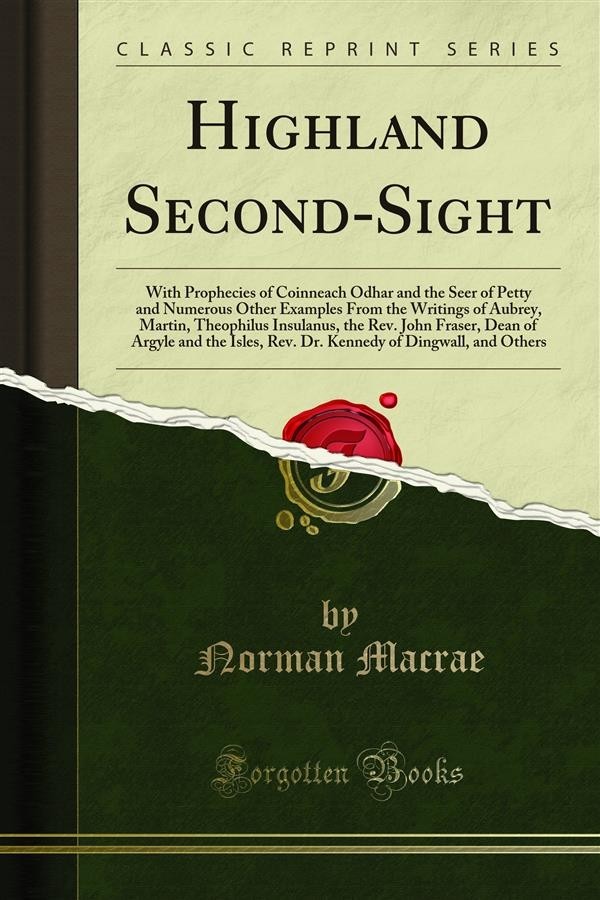 These Cree and Coppermine instances show the futility of restricting this mental phenomenon to Scottish Highlanders, and hence of attempting to account for its existence among them solely on racial grounds. For example, we have some remark able instances recorded in Watson's Life and Times of the Rev. Alexander Peden, and in Thomas of Ercildoune we have a prophet who holds south of the Grampians the same place in the popular folk-lore as does Kenneth Odhar (the Brahan Seer) in the Scottish Highlands. Rowland in his Mona Antiqua regards as an instance of second-sight the story, related by Vopiscus, of a Druidess who predicted that Diocletian, while a private man, should become Emperor, after killing a boar, which happened to prove true by his slaying Aper, who had killed Numeranius. Among the Manx the faculty is commonly believed to have been the gift of not a few of the islanders in times past. And to go further back, Solinus asserts that among the Silures the Durmonii had a knowledge of futurity, while Tacitus credits the Germans with skill in telling future events.