Popular Customs, Sports, and Recollections of the South of Italy 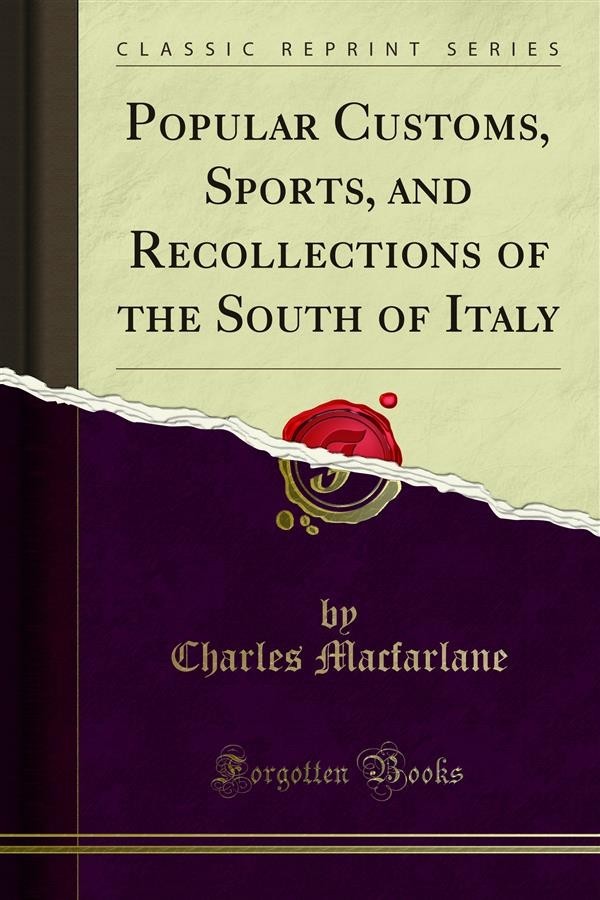 Popular Customs, Sports, and Recollections of the South of Italy

Most of the subjects were suggested by the designs of Bartolommeo Pinelli. With a few exceptions, the papers were written from memory. They are the recollections of what I saw and heard in the South of Italy, between the years 1816 and 1827, and more particularly among the pea santry and common people. They relate, almost entirely, to matters which seem to be considered as too trivial to merit the attention of writing tourists, and which are not easily to be learned by the hasty traveller along the highroads, or by any one 'that does not wander into nooks and corners, and live much among the people of the country. Few.