A Dictionary of Miracles 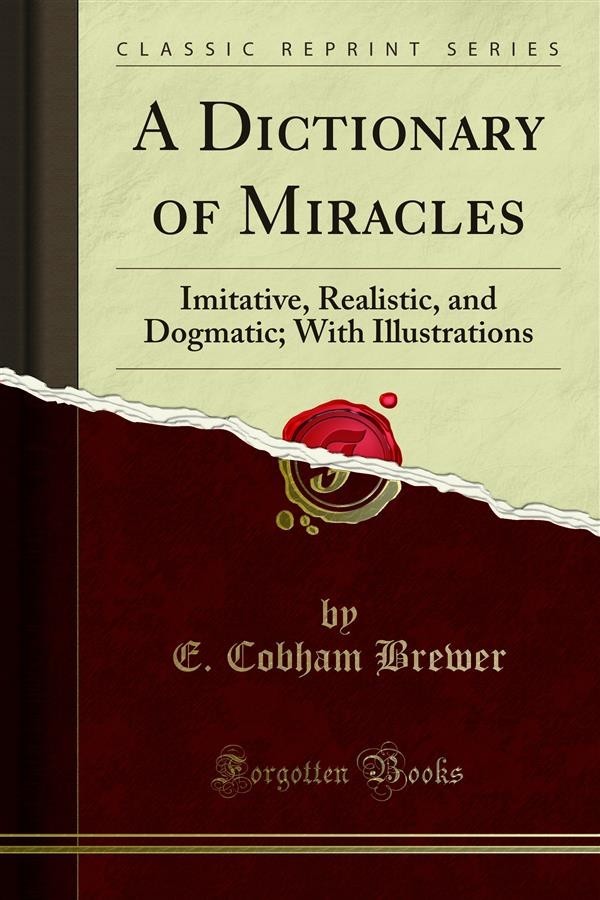 A Dictionary of Miracles

If a writer wished to show the religious opinions Of the ancient Greeks and Romans, he would have nothing to do with' the absurdity or wisdom of their myths, but only to collect them carefully, and reproduce them correctly. If, again, his Object is to show the state Of Assyrian art, his plain duty would be to reproduce, as faithfully as possible, the drawings to be found on Assyrian relics; but whether those drawings are in proportion or not, whether their per spective is correct or faulty, whether they are to be blamed or praised according to the rules of modern art, would matters quite beside his business; and he would deserve the highest censure, if he omitted those specimens which seemed to him the most faulty, or attempted to improve others by correcting palpable errors. So, when a mode of religious thought is to be shown, the primary duty of the author must needs be to get together sufficient data, and leave those data to tell their own tale.