Parliament, Past and Present 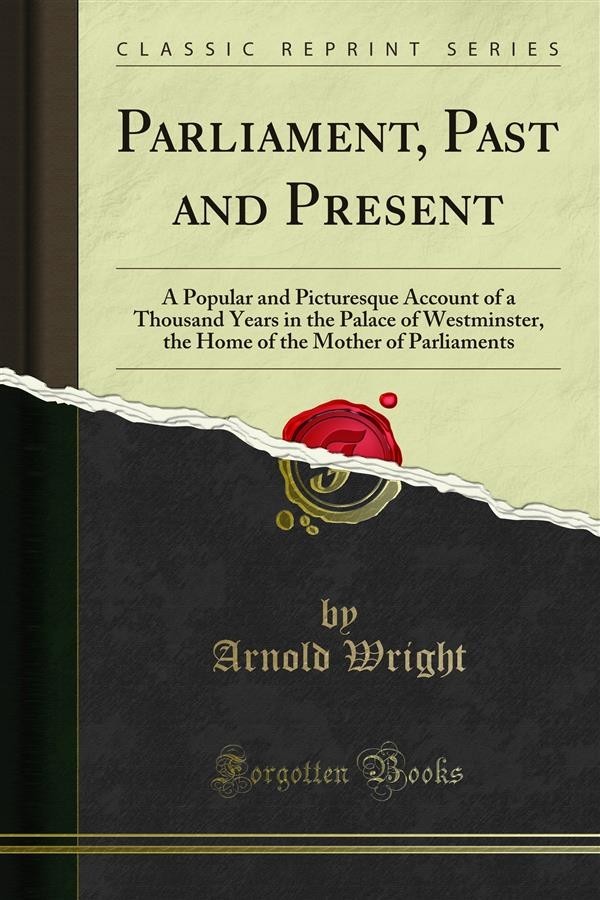 Parliament, Past and Present

Few of those who daily pass the stately modem building which rises in its Gothic magnificence from the river side quite realise what a wonderful pedigree the place has; fewer still, perhaps, appreciate all that its history embodies. Are not a sentimental people, and, though we are moderately proud of our ancient institutions, we do not gush about them. Yet there is scarcely a yard of land of the five acres which form what was the ancient Royal demesne that has not its story, which, when adequately told, thrills the least imaginative. L'ageantry and tragedy have mingled their elements in its history — now brightening the halls of the Palace with music and gaiety, now darkening its precincts with the sombre shadows of conspiracy, or reddening its flags with the blood of traitors and martyrs. Kings have been born and have died there. The Palace has seen at once the most despotic display of Royal authority and the most arbitrary exercise of the popular will. It has been the scene of the domination of the most bigoted form of ecclesiasticism and the narrowest creed of Puritanism. Nowhere have so many great reputations been made in the field of statesmanship; in vain should We seek a quarter where so many mighty men have fallen. The whole atmosphere of the place is redolent of sensations which stir the pulse and kindle the imagination. To the British-born there is no Spot on earth to equal it. It has for him all the sanctity of a Mecca and all the glowing interest of a Paris.