Royal Book of Crests of Great Britain and Ireland, Dominion of Canada, India and Australasia 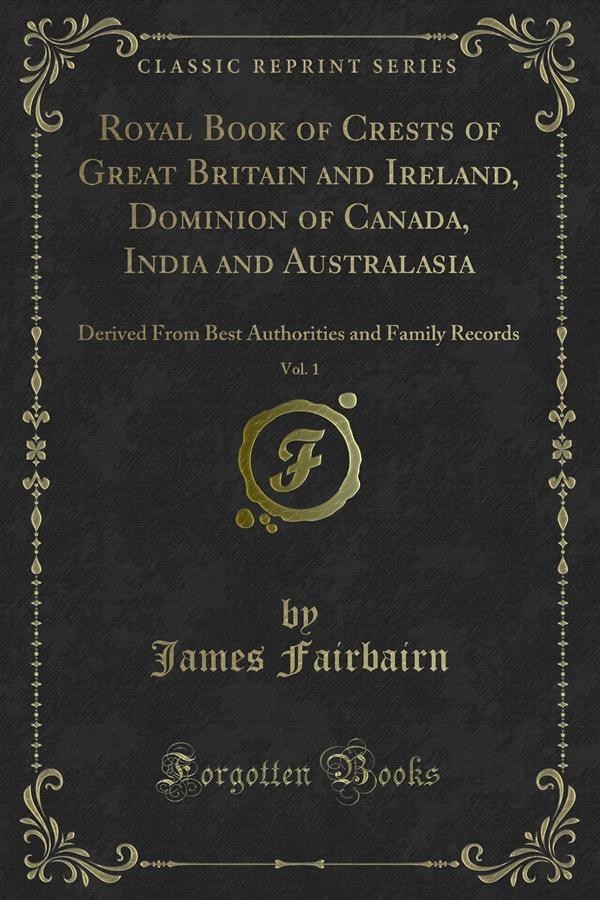 Royal Book of Crests of Great Britain and Ireland, Dominion of Canada, India and Australasia

The chief sources from which Heraldic instruction is to be derived are the seals which are appendages to ancient writings, illuminated manuscripts, tombs, and buildings. Seals are the most authentic, but proper illuminations probably afforded better illustrations, because seals bear the armour only in a particular character. It is also very probable that the same seal hath served for several generations. Indeed, one of the most useful purposes to which both Crests and armorial shields were applied, was in the seals afi'ixed to written instruments, as already intimated.