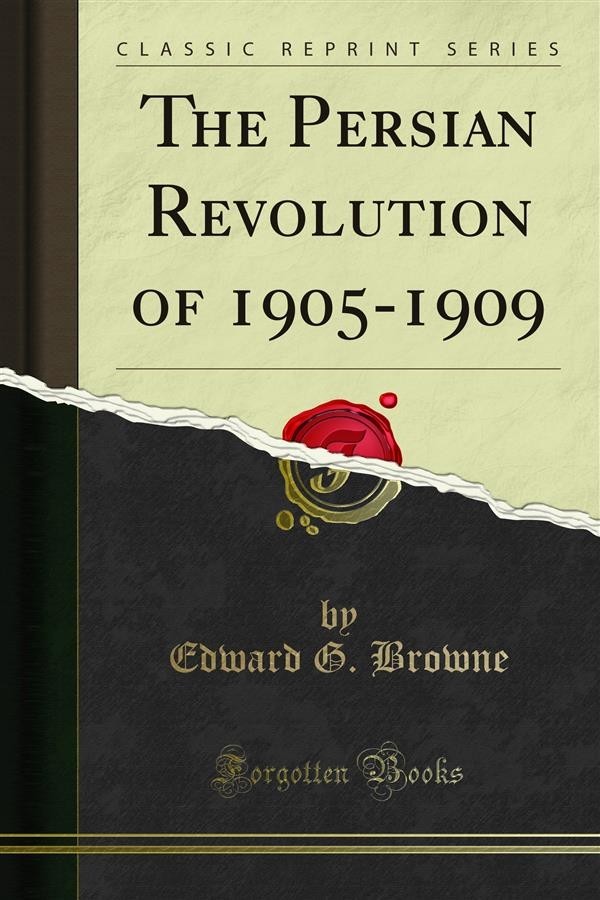 To discuss the general question of the value of small nationalities would, however, unduly enlarge this Preface; but, even those (and in these days they are, alas! Many) who would deny this value will perhaps admit that certain exceptional races, such as the Greeks in Europe, have contributed so much to the spiritual, intellectual and artistic wealth of the human race that they have an exceptional claim on our sympathies, and that their submergence must be reckoned a calamity which no expediency can justify. What Greece owes to this feeling is known to all, and I suppose that few would deny that modern Greece owes her independence to her ancient glories. And Persia, I venture to think, stands, in this respect, in the same category. Of all the ancient nations whose names are familiar to us Persia is almost the only one which still exists as an independent political unit within her old frontiers (sadly contracted, it is true, since Darius the Great caused to be en graved on the rocks of Bagastana or Bisutt'm, in characters still legible, the long list of the provinces which obeyed him and brought him tribute), inhabited by a people still wonderfully homogeneous, considering the vicissitudes through which they have passed, and still singularly resembling their ancient for bears. Again and again Persia has been apparently submerged by Greeks, Parthians, Arabs, Mongols, Tartars, Turks and Afghans; again and again she has been broken up into petty states ruled by tribal chiefs and yet she has hitherto always re emerged as a distinct nation with peculiar and well-marked idiosyncrasies.