Incidents of Travel in Central America, Chiapas, and Yucatan 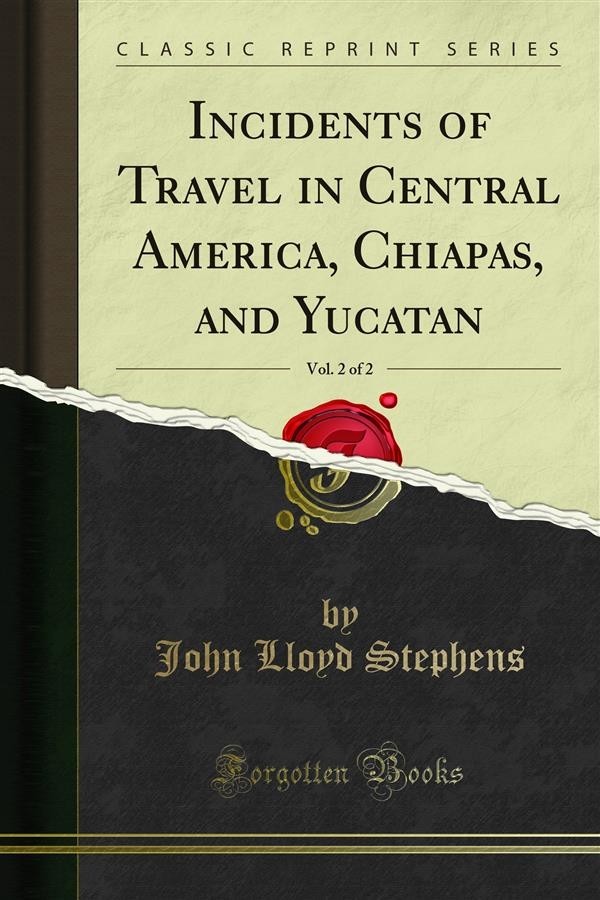 Incidents of Travel in Central America, Chiapas, and Yucatan

Before dark we reached Pueblo Nuevo, and all went to the same posada. His companion was not so much of a sportsman, though he knew the qualities of a good bird, and showed a familiarity in handling them. It was the first time I had fallen in with travellers for the night. I have avoided details in all places where I was partaking of private hospitality, but this was like a ho tel at home, in the main point that all were expected to pay. We had for supper poached eggs and beans, without plate, knife, fork, or spoon. My companions used their tortillas to take up an egg, and also, by turn ing up the edges, to scoop out frigoles from the dish; withal, they were courteous and gentlemanly. We had a species of chocolate, made of pounded cocoa and sweetened, and served in hickories, which, having bot toms like the butts of large eggs, could not stand on the table. My companions twisted their pocket-handker chiefs, and winding them on the table in circular folds, set the hickories inside the hollow, and one of them did the same with my handkerchief for me. After supper the younger of the two dressed the birds in their robes de nuit, a cotton cloth wound tight around the body, compressing the wings, and then, with a string fastened to the back of the cloth, so that the body was balanced.