The History of Count Zosimus 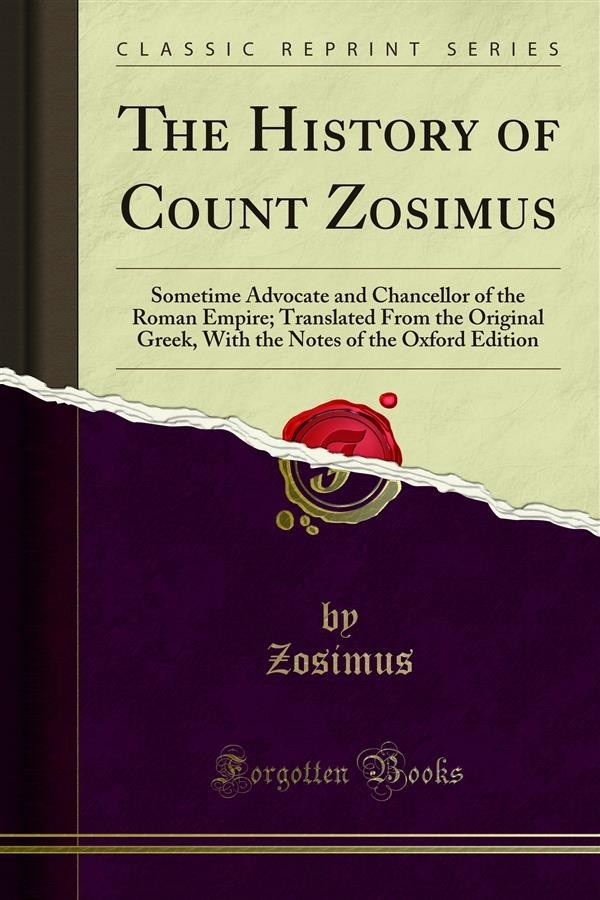 The History of Count Zosimus

Egypt being thus reduced by the Palmyrenians, the Barbari ans, who survived the battle of Naissus between Claudius and the Scythians, defending themselves with their carriages which went before them, marched towards Macedon, but were so distressed by the want of necessaries, that mauy of them and of their beasts perished with hunger. They were met likewise by the Roman cavalry, who having hilled many of them, drove the rest towards Mount Hmmus; where being surrounded by the Roman army, they lost a vast number of men. But a quarrel ensuing between the Roman horse and foot soldiers, the emperor wishing the foot: to engage the Barbarians, the Romans, afier a smart engagement, were defeated with considerable loss, but the cavalry, coming up immediately, redeemed in some degree the miscarriage of the ia fantry. After this battle, the Barbarians proceeded on their: march, and were pursued by the Romans. Rl'he pirates who cruized about Crete and Rhodes retired without doing any thing worthy of mention; and being attacked by the plague on their way home, some of them died in Thrace and some in Mace dom All that survived wereeither admitted into the Roman le gions, or had lands assigned for them to cultivate and so become husbandmen. Nor was the plague confined to the Barbarians alone, but began to infest the Romans, many of whom died, and amongst the rest Claudius, a person adorned with every virtue. His death was a severe loss to hls subjects, and was consequently much regretted by them. Quintillus, the brother of Claudius, was then declared emperor. He had reigned but a few months, and had performed nothing worthy of notice, before Aurelianus was raised to the imperial throne. Some writers inform us, that Quintillus was advised by his friends,' as soon as they heard of Aurelianus being made em peror,to die by his own hand,and give place voluntarily to a mam ofso much greater merit. They report, that he complied by open ingavein and bleeding to death. Aurelianus, having regulated the empire, went from Rome to Aquileia, and from thence into Pan nonia, which he was informed the Scythians were preparing to invade. For this reason he sent orders to the inhabitants of that country to carry into the towns all their corn and cattle, and every thing that could be of use to the enemy, in order to distress. Them with famine, with which they were already afflicted. The Barbarians having crossed the river into Pannonia had an engage ment, the result of which was nearly equal. But the same night.